All I've Got of Him: Dave Kingman

Reader ashonk51 left a comment on Sunday, asking to see some Dave Kingman cards.  Ask and it shall be given unto you!

Kingman was with the Cubs for just three seasons, 1978 - 1981.  It was a homecoming of sorts as he grew up in the northwest suburbs and attended Prospect High School in Mt. Prospect.  Expectations were high and early on things went well.  We got lots of long home runs and lots of strikeouts. He led the league in both homers and strikeouts in 1979.  He even hit for average.  His average with the Cubs was 40 points higher than his career average.

But he was also moody, aloof, and didn’t get along with the media.  He wore out his welcome in his home town after just three seasons.  He was traded to the Mets during spring training of 1981.

I've got 33 of his cards in my collection. Most are from his playing days but a few came after he retired. 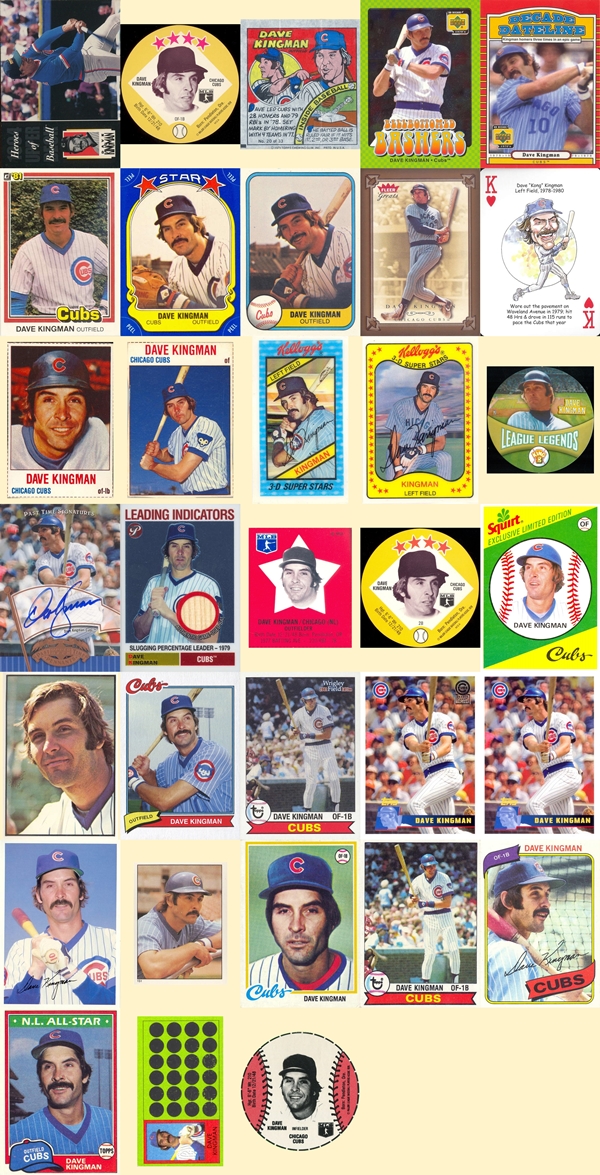