I was able to pick up the last of the Cubs programs I needed from the 1940s. 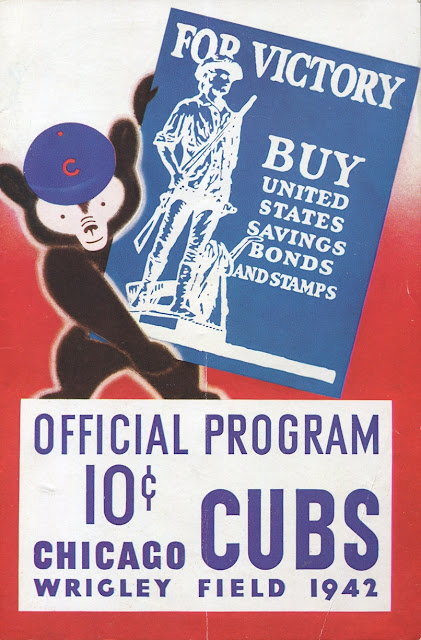 The Cubs were all in with the war effort. They had donated the steel for their new lights to the War Department within weeks of Pearl Harbor.  So it makes sense that the program cover prominently features a war bond ad.  Bond ads remained on the cover throughout the war years.

This was the last I needed of the eight programs from the 1940s (they switched from programs to scorecards in 1948).  Here's a look at all eight. 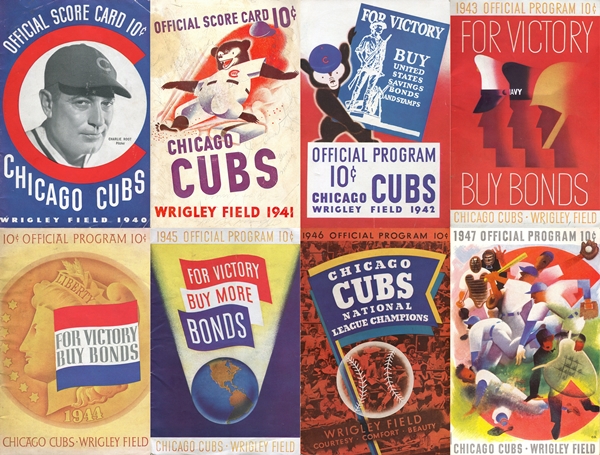