2021 Homemade Cubs: Another Batch of Four

Here's the next round of four, which includes two more of the backup catchers.

I had to cheat a little with the Tyler Ladendorf card. He was with the team for just two days at the end of the season.  I couldn't find any pictures so I had to use a screen grab from the TV broadcast.

I believer I may have written about this before, but I saw Ladendorf play in Little League when he was 11 years old.  He grew up in Des Plaines, Illinois, which is where I was living in the spring of 1998.  My #2 son played Little League and he and Ladendorf were on opposing teams.  I clearly remember watchin Ladendorf and thinking that this was a potential big leaguer. He was so much better than anyone else on the field.  He was smooth, quick, strong, had a strong arm, and could smash the ball.  He was a man among boys.  It was nice to see him have a brief stint with his hometown team. 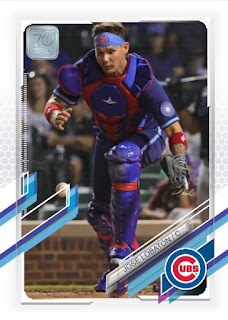 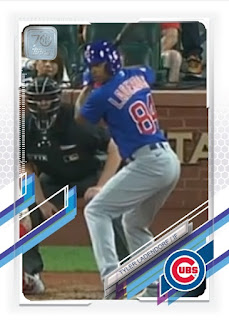 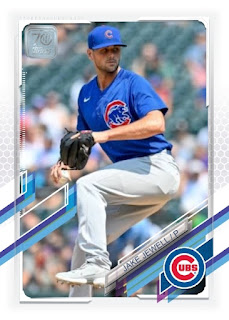 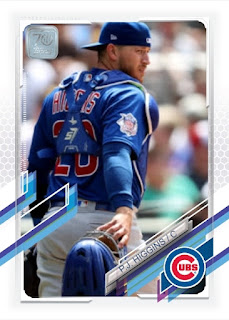