Today I've got the MSA discs that came out in 1976.  MSA worked with a several different retailers.  Buckmans, Carousel, Crane, Dairy Isle, Isalys, Orbakers, Red Barn, Safelon, and Towne Club were among the stores that gave out these promotional discs.

The checklist for the different brands was identical and included five Cubs.  The design on the fronts were the same too, as were the colors used for each player.  Jose Cardenal was always yellow, Bill Madlock, green, and so forth. 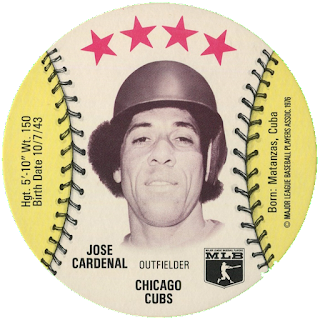 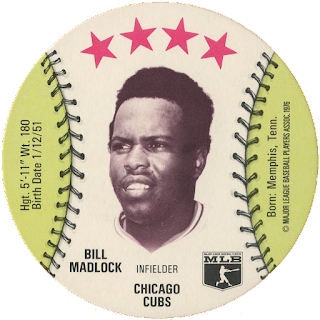 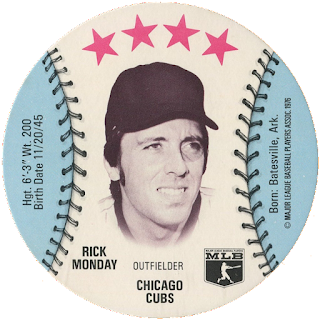 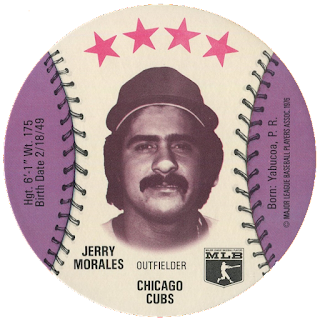 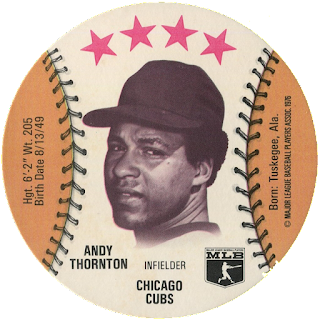 The only brand that had a different looking front was Crane. 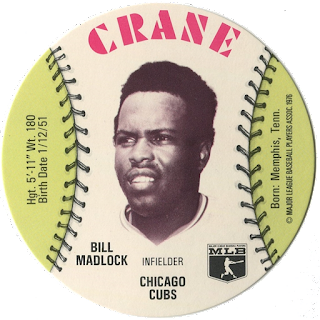 They had they name added to the front instead of the four stars like everyone else.  Did they have to pay extra for that?