In 2016 I was gifted with most of the Cubs cards from 2016 Topps Now set.  The Cubs were pretty good that year and there were 92 cards in the set.  I have 90 of the 92. The two missing are from early in the season and had a pretty low print run.

While I'd like to get the missing two, I don't think I ever will.  Every so often one or the other will pop up on Ebay.  I see the listing, see the price, and then move on.

One was listed on Wednesday. 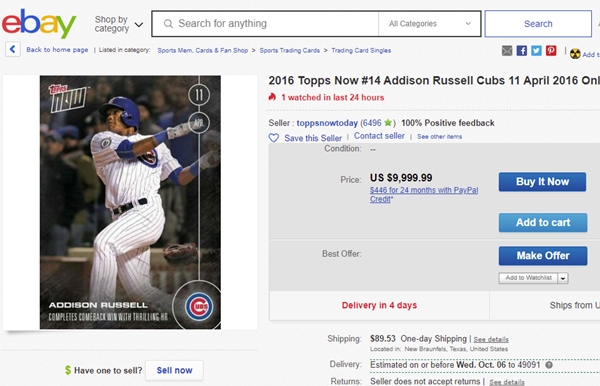 I'm not paying ten grand for a card of Addison Russell.  And how about that shipping price, nearly 90 bucks.
Nope, I will never complete the Cubs set from 2016 Topps Now.