I'm used to Allen and Ginter coming out around the 4th of July, not at Thanksgiving like this year.  It seems really odd for such a major brand to get a release after the season is already done.  You'd think that would cut down on the buzz the set could have at its release.

The set is the usual Ginter, with a mixture of current and retired players along with "Champions."  There are 350 cards in the base set, 300 regular and 50 SPs.

The Cubs have 14 of the 350 cards.  The weird thing is that just six of the fourteen are active.  Five of the six are still with the team. 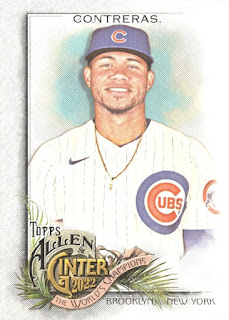 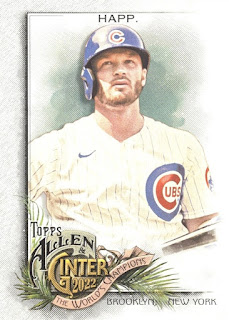 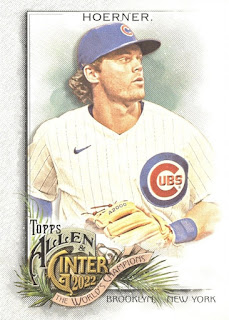 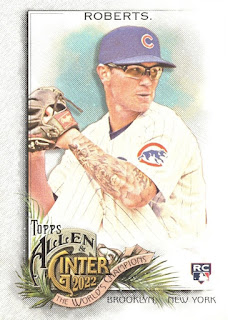 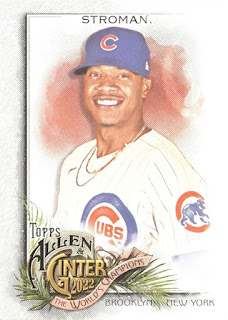 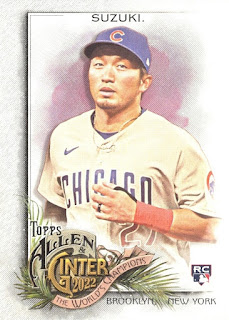 Pitcher Ethan Roberts takes over as the designated rookie.  One good thing about the late release date is that Topps was able to figure out that Greg Deichmann was not the rookie they thought he would be. 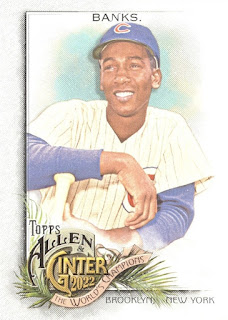 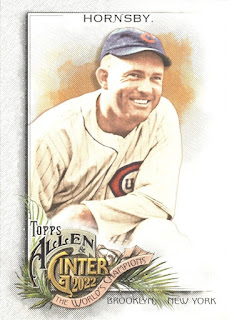 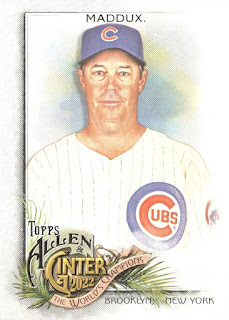 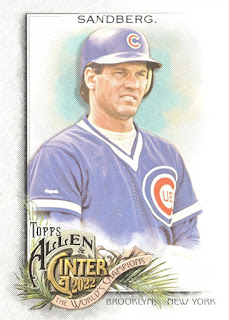 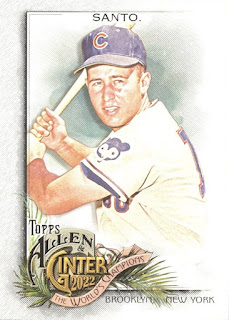 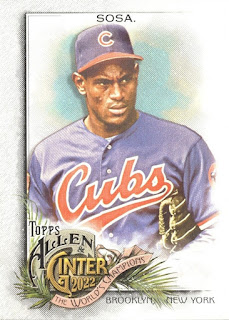 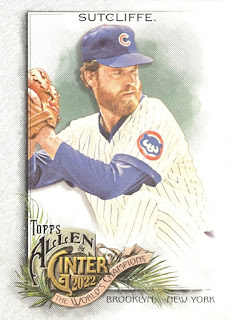 There are seven retired Cubs.  Ernie Banks makes an appearance for the sixth year in a row and ninth time overall.  Ryno is also a regular in Ginter, being included for five consecutive years and nine total times.  Santo, and Sosa are in the set for the second time.  Maddux is also in for a second time, 16 years after his first Cubs appearance while an active player.  Making their Ginter Cubs debuts are Hornsby and Sutcliffe. 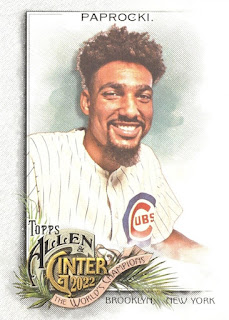 The Wrigley Field PA Announcer, Jeremy Paprocki, is included as a Champion.  It is the second time a Cub made the set as a Champion, as Theo Epstein was in the 2018 set.  Any casual fan looking at the card would assume that he is a player in a hatless card.  I wonder if he can hit?