Another New Cubs Hall of Famer... But No Yellow Postcard for Him

The Hall of Fame will be welcoming another Cub in 2023, and this one means much more to me that Fred McGriff.  It's not a player, so there won't be another yellow HOF postcard to buy. 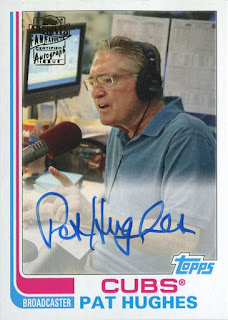 It was Cubs radio announce Pat Hughes who was announced as the winner of the 2023 Ford Frick Award, which is presented annually to a broadcaster for "major contributions to baseball."

Hughes is most deserving of the award. He has been the voice of the Cubs since 1996 and called games for the Brewers and Twins prior to that.  He's done over 6,000 games over his 40-year career.

No only is he a great broadcaster, but he also is a very nice person.  A few years ago I bought a copy of his scorecard from game seven of the 2016 World Series. 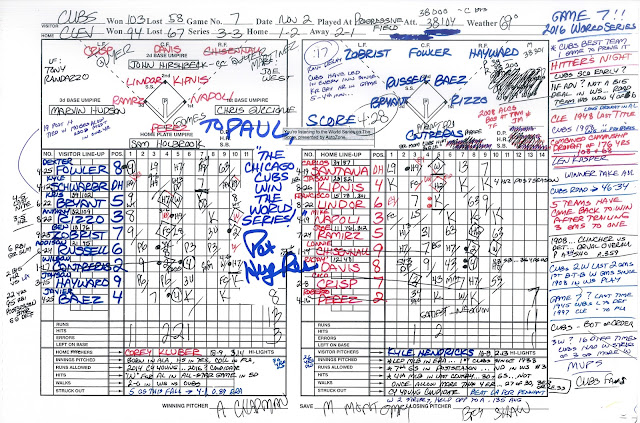 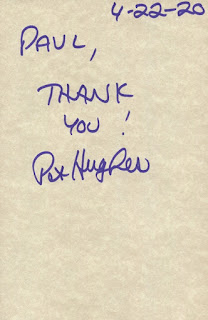 Not only did he personalize the scorecard, but he included thank you note too.

Last year my three boys got me a video from Pat through Cameo.  He came across as very sincere while doing it.  It doesn't seem canned or that he was just going through the motions for a quick buck.

Congratulations to Pat for this great award, and I'm sure that there will be many Cub fans in Cooperstown to see him receive this honor.