The base update set has several subsets and Cubs players were in most of them. 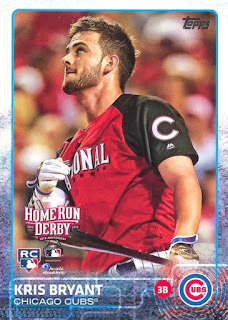 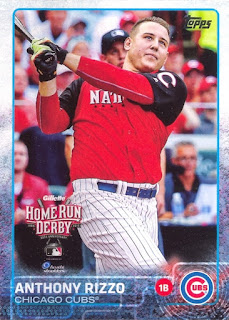 Kris Bryant and Anthony Rizzo were in the Home Run Derby.  The red jerseys look pretty silly on top of blue pinstripes. 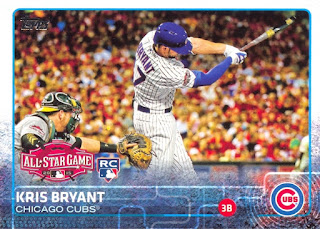 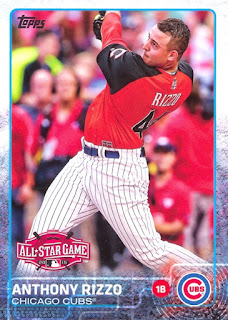 The same two got All Star Game cards.  Bryant's card shows him during the game.  Rizzo had two at-bats as the starting DH.  I wonder why Topps didn't use a photo from either AB? 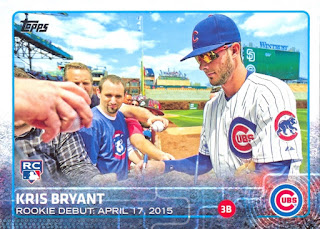 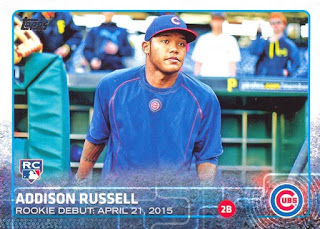 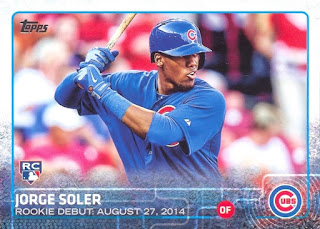 Three Cubs are in the Rookie debut subset.  The pictures on the cards are from the player's actual debut date, so kudos to Topps for that.