I'll finish up with the Update Cubs today as I get to the inserts.   There are eight different insert sets, some new to update, others a continuation from series one and two.  Five of the sets saw no Cubs - Highlights of the Year, Rookie Sensations, Tape Measure Blasts, Whatever Works, and First Home Run.

Below are the three sets that includes a Cub. 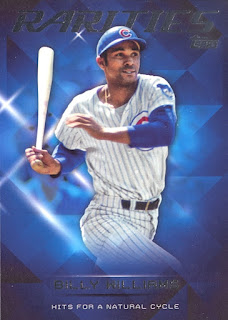 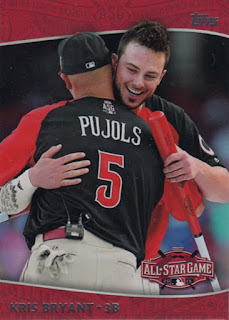 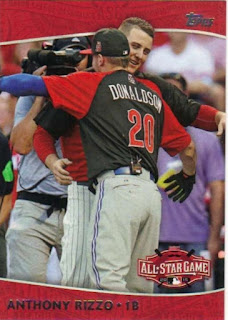 All Star Access - Kris Bryant and Anthony Rizzo.  Maybe the set should be called Man Hug. 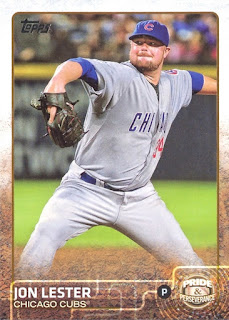 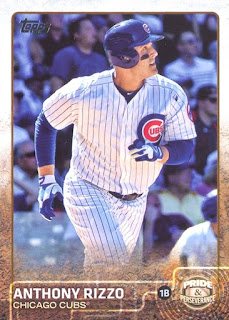 Pride and Perseverance - Jon Lester and Anthony Rizzo.  Both are cancer survivors, Lester with lymphoma in 2006 and Rizzo, also lymphoma, in 2008.
Posted by Wrigley Wax at 7:00 AM