I found an auction that had a lot of 25 different 1977 Jewel Cubs pictures and the lot included all three of my missing players.  My sniper came through like a champ and the lot was mine.  I completed the 16-player set.

The 1977 Cubs were a surprise hit for the first half of the season.  They had a new manager, Herman Franks, and several new players, Bill Buckner, Bobby Murcer, Ivan DeJesus, and Steve Ontiveros.

They sprinted out of the gate and by June 29 had built an 8½ game lead and topped the .500 mark by 24 games Then the bottom fell out.  Bruce Sutter got hurt, the hitting stopped, and by the All Star break in mid July the lead was down to just two games.

Jewel hopped on the bandwagon in the middle of July by again having player pictures available.  Starting the week of July 21, and for four weeks, four different Cub players were available weekly.  The Sox were doing well also, so they too were a part of the promo.

Here is the kick off display ad: 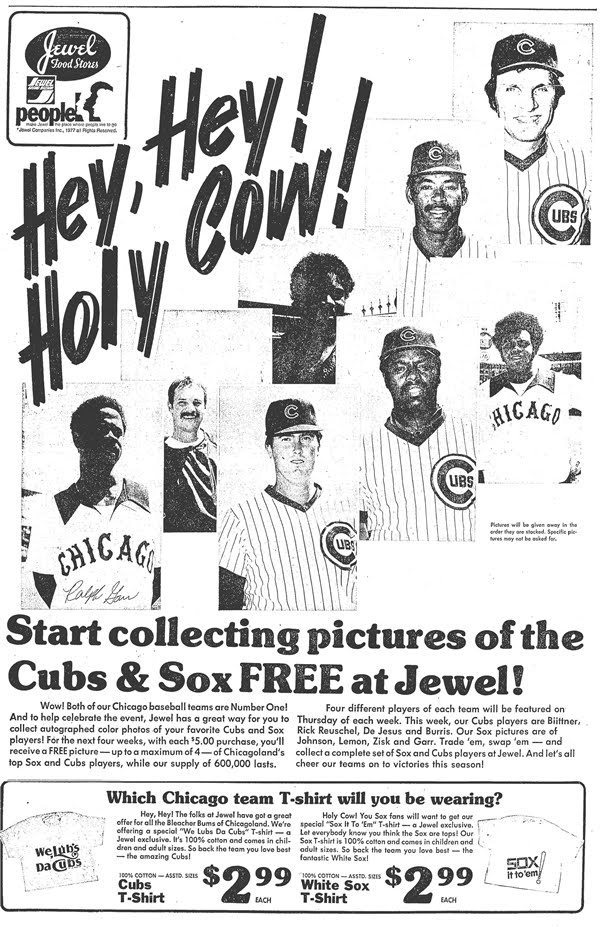 To get a free picture you had to spend $5.  You could get a maximum of four pictures if you spent $20 or more.  Also notice the disclaimer that you had to take whatever pictures were on the top of the stack.  You couldn't request a certain player.  I wonder if they had two stacks to pick from, a Cub pile and Sox pile?  I would hope that they would have done that so you could get players from the team you supported.

The Holy Cow on the ad is from Harry Caray's days as a Sox broadcaster. The Cubs are represented by Jack Brickhouse's Hey Hey.

One new addition to the pictures was the MLB Players Association logo.  Otherwise, the pictures were in the same 6" x 9" format as in previous editions of the Jewel sets.

The four Cubs from the week were Larry Biittner, Ivan DeJesus, Ray Burris, and Rick Reuschel. 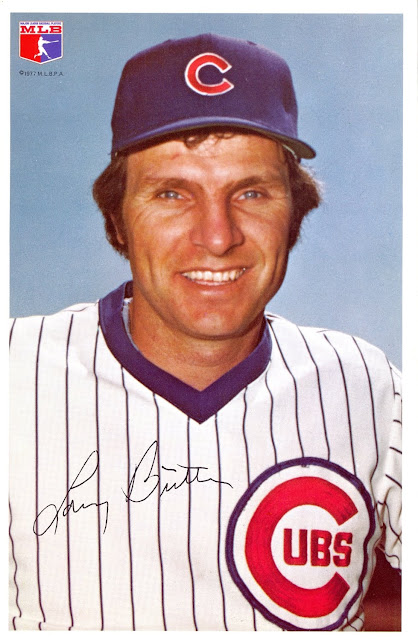 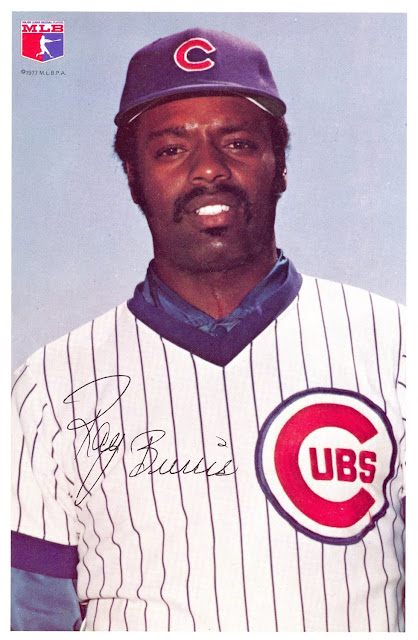 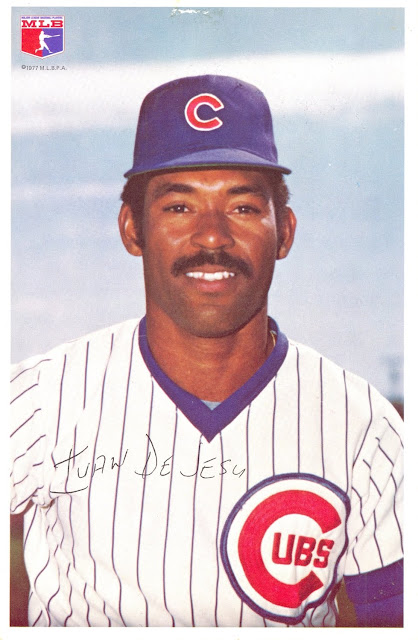 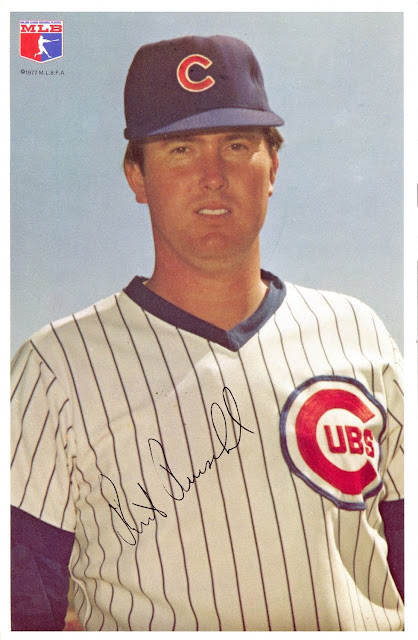 I'll wrap things up with the colorized ad.  It looks a little different from the original because the print ad didn't included the players association logo in the pictures. 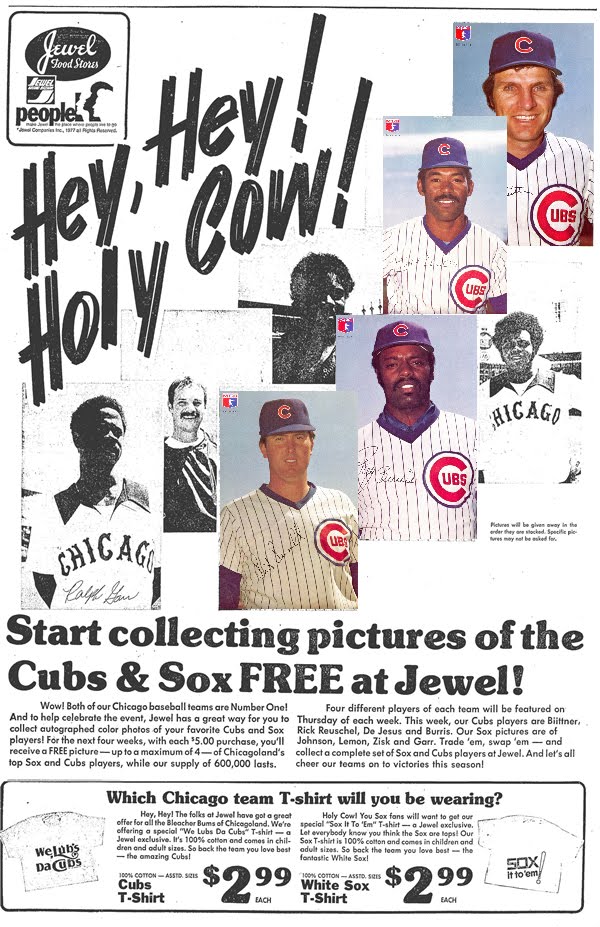