July 28 was also one of the most memorable games of the season as the Cubs took on the Reds at Wrigley Field.  I wasn't at the game.  I was at the Indiana Dunes with my parents and brothers, spending the day along Lake Michigan.  I did bring my radio to listen to the game.

What a game it was.

The Cubs won 16-15 in a 13 inning thriller.  The Reds scored 6 runs in the top of the first and the Cubs answered with four of their own,  By the bottom of the eighth the Cubs trailed 14-10.  But they scored 3 runs in the 8th and staged a two out rally in the 9th that tied the game.

By the 13th inning the bullpen had been depleted and Rick Reuschel, who shut out the Reds two days earlier, came into the game.  He shut the Reds down and then in the bottom of the 13 he singled with two outs.  Consecutive hits by Steve Ontiveros and Dave Rosello brought Big Daddy home and the Cubs won the game.  Reuschel picked up the win, his second over the Reds in three days.

It was a very exciting finish, but I had to temper my celebration.  By the time the 13th inning rolled around, we had finished at the beach and were at a restaurant having supper  (the Strongbow Turkey Inn in Valparaiso, Indiana).  I listened to the game quietly at the table.

Despite the inspiring win, the Cubs were still in trouble.  They're division lead was down to just two games.

Notice how the ad shrunk and just four of the eight players' pictures are shown.  The four featured Cubs all played in the 16-15 game.  How did they do?? 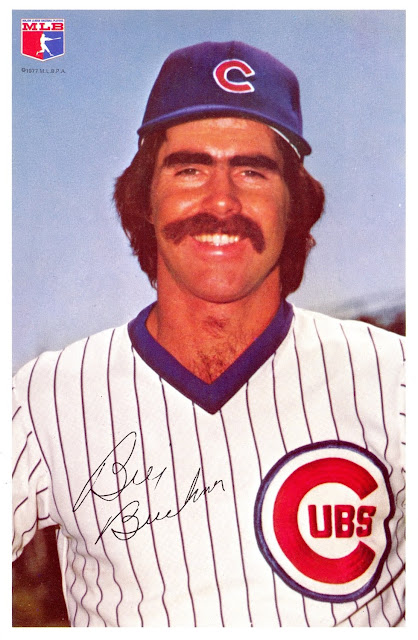 Bill Buckner was 2-8 but his two hits were both home runs.  He knocked in five runs on the day.

Willie Hernandez pitched an inning and a third in the seventh and eighth innings. He gave up one run. 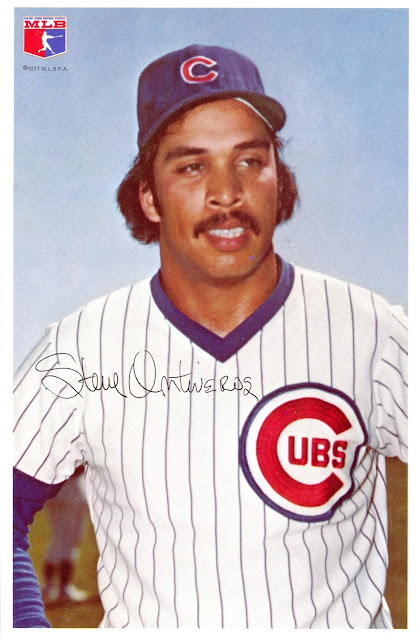 Third baseman Steve Ontiveros played the entire game and was 3-6, including a two-out single in the 13th that moved Reuschel over to third. 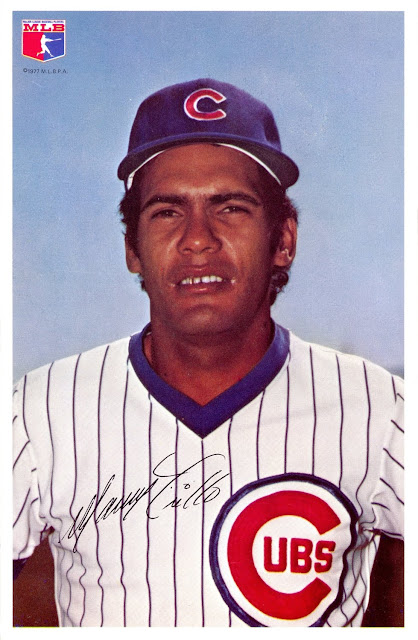 Manny Trillo  was 1 for 3 but was lifted in the seventh inning as part of a double switch.  Eventually the Cubs ran out of infielders.  Jose Cardenal and Bobby Murcer each logged some time alternating with Dave Rosello between shortstop and second base, depending on whether the batter was a lefty or righty.  It was a wild game!

The Tribune had a front page article on the game.

Back page pictures are here.
Posted by Wrigley Wax at 7:00 AM