The third wave of pictures was issued by Jewel on Thursday, August 4.

The Cubs had the day off.

It would be their last day in sole possession of first place.

Their ½ game lead on Thursday night turned into a ½ deficit on Friday as the Phillies won and the Cubs lost.  They never got a whiff of first place the rest of the season. 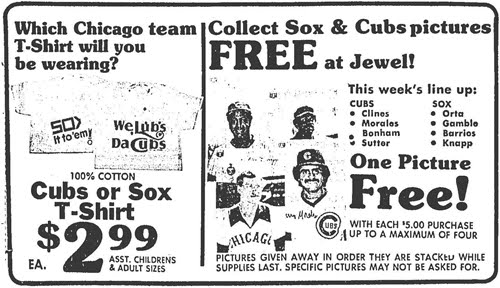 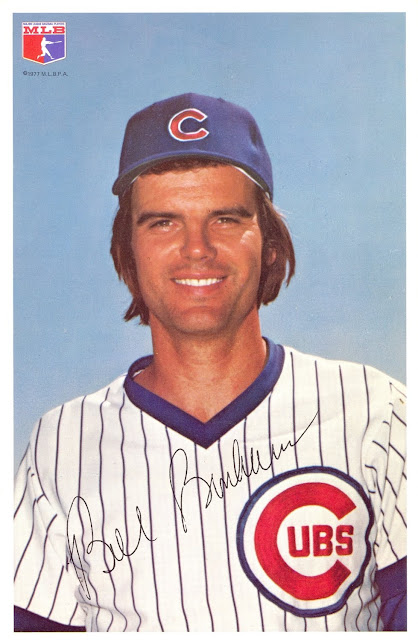 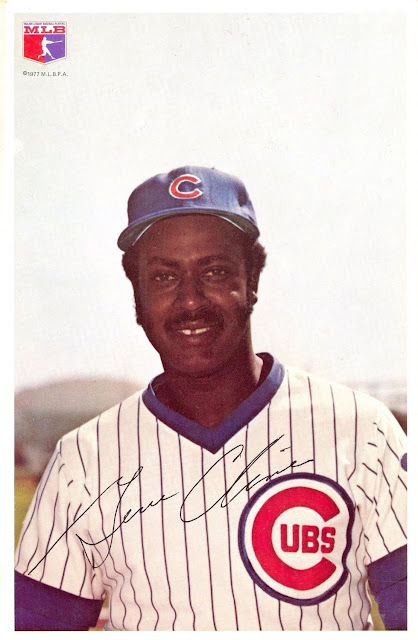 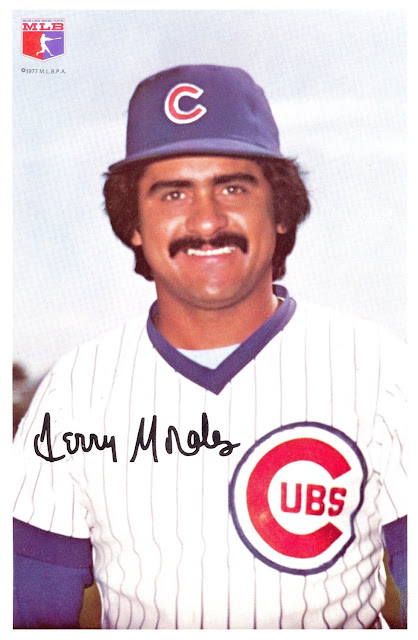 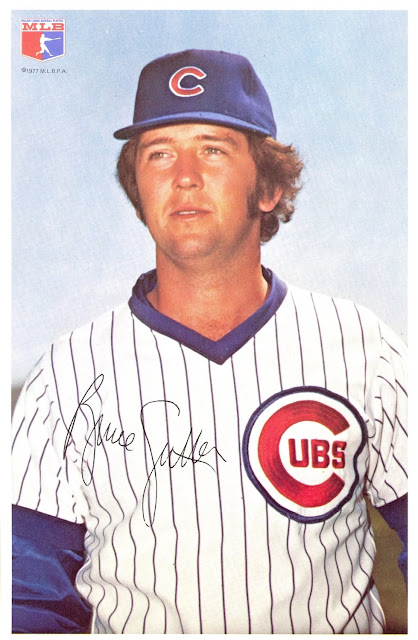 Bruce Sutter was, by far, the biggest name of the four this week.  The 1977 season was his break-out year.  He won 7 games and saved 31 despite missing nearly six weeks with injuries.  He got hurt at a time the Cubs needed him most.  Losing him was a big blow.   He struck out 129 in 107 innings and had just 16 unintentional walks. 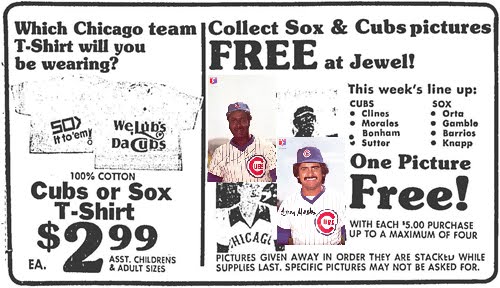