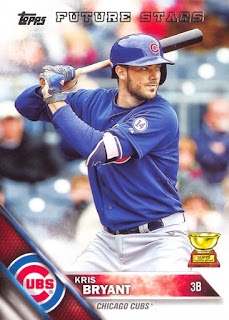 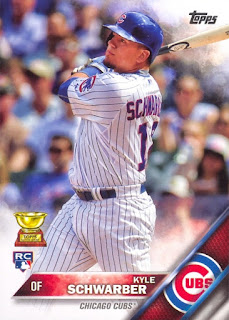 Bryant and Schwarber were named to the Topps 2015 Rookie All Star team during the off-season and the cup showed up on their card.  A third Cub was named to the team, Addison Russell.  We'll have to wait until the second series to see his card.

There have now been a total of fifteen Cubs that have had the rookie trophy / cup on their card since Topps began showcasing the rookie stars in 1960.

Take a look at all fifteen: