The Rest of the Inserts

I've already had my say on the Wrigley Field Celebrates 100 Years insert set.  Today I've got the others.  My definition of inserts are just regular cards...no relics, autographs, patches, medallions, laser books, etc.  Going that route brings the number of insert sets in Series One to just six.

The Cubs were shut out of two of the six, First Pitch and Pressed into Service.  Last year there were several First Pitch Cubs cards.  This year Topps is giving other teams a chance.

There were two Cubs everyday players that were pressed into service as pitchers in 2015, David Ross and Chris Denorfia.  But Topps chose to not include them in Pressed into Service. 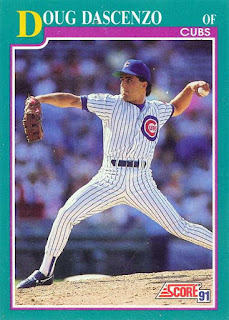 Score 1991 did one better than an insert set of regular players on the mound.  Outfielder Doug Daszenco's card shows him pitching, which he did four times in his career.

It shouldn't be a surprise that this year Topps is having a Kris Bryant love fest.  He was included in all of the other three insert sets. 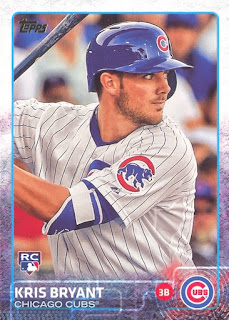 The guy has just one year under his belt but already has a reprint card.  This 2015 card is from the Berger's Best insert. 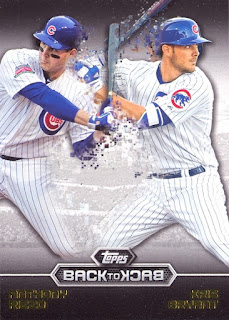 Back to Back features Brizzo. 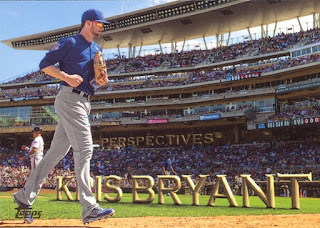 Bryant was the only Cub in this 25-card insert.