Boy Did Topps Blow It

I had some time to get into my 2016 Series One purchase.

Normally when I get a new series, I'll start by showing the Cubs team set.  Then I'll move on to the complete base set and then finish with the inserts.  This time, thought, I've got to start with the inserts.  Topps really did blow it and I couldn't wait a few days to get this up.

Actually, it is just one very disappointing insert set.

Wrigley Field celebrates 100 years could have been an awesome set.  So many historic things have happened in the ballpark.  A 25 card set could really include some great baseball history.  But no.
But forget all of that. Lets look at three cards that leave me extremely disappointed.  How the heck could Topps do this?? 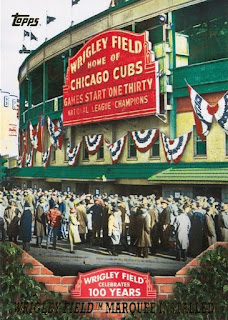 I already posted about the marquee card that shows the marquee painted red even though it was green when the picture was taken.  Now look at the back of the card... 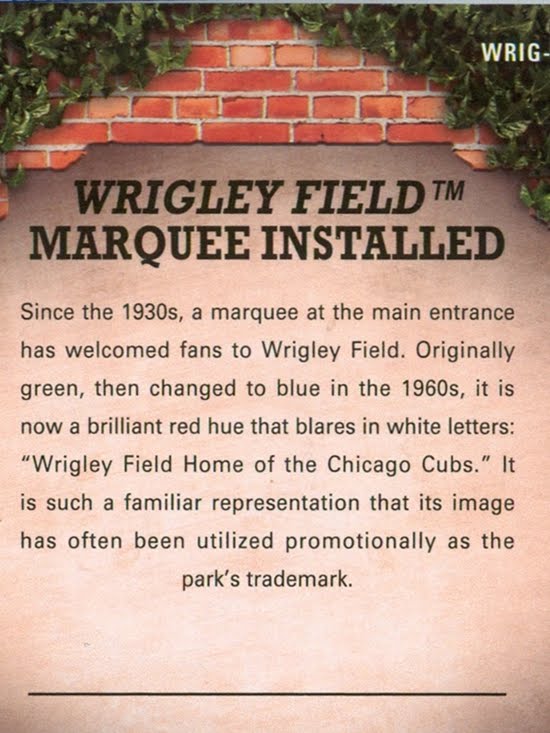 ...Topps knew that it wasn't red, wrote about it, and then ignored on the front what was written on the back. 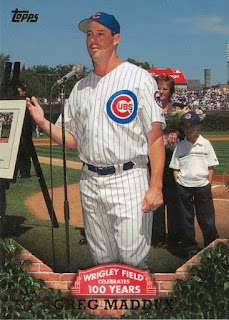 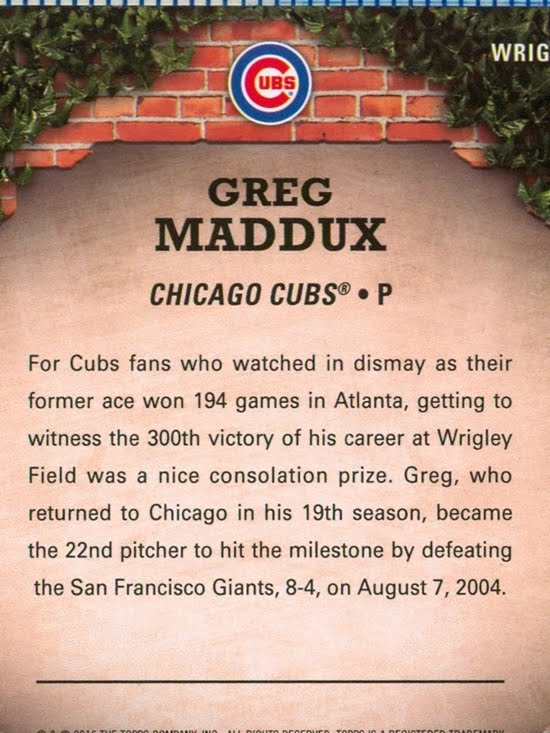 The paragraph plays up the fact that he left the Cubs, had great years with the Braves, and returned to the Cubs which allowed the fans to see his 300th career win at Wrigley Field.  Seems nice.  But... 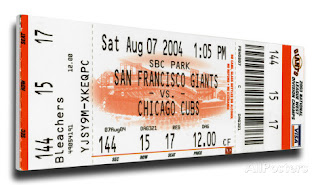 When Maddux picked up his 300th win on August 7, 2004 against the Giants, the game took place in SAN FRANCISCO!

The knuckle-head that wrote the card must have assumed that the picture on the front of the card was from the day he won his 300th.Nice job of fact-checking, Topps!

But wait, there's an even bigger and more ridiculous error on this card... 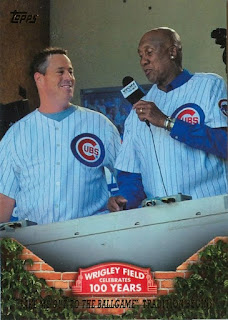 ...for the seventh inning stretch (which should have had a picture of Harry singing, not Maddux and Jenkins).  Harry Caray brought that with him from his White Sox days when he started with the Cubs in 1982.  But not according to Topps.  Take a look... 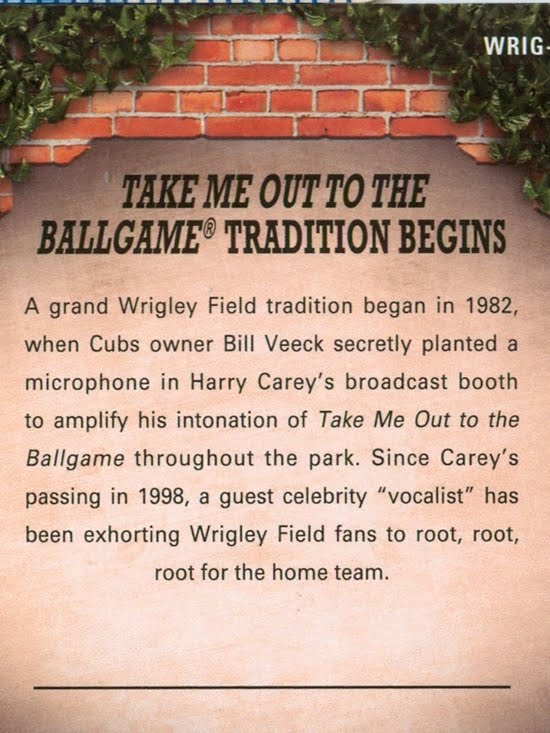 ... wow.   "Cubs owner Bill Veeck"?????  Really?  What absolute stupidity!  How could someone with any knowledge of baseball write that?  Apparently any semblance of baseball knowledge is not required by Topps.  The real story is that Veeck, the WHITE SOX owner, planted the mic in Harry's booth at Comiskey Park some time in the mid-70's.

Does Topps care at all about accuracy?  Doesn't anyone edit or proofread the cards?  Once again, I humbly offer my services to Topps as the official Cubs fact-checker.
Posted by Wrigley Wax at 7:00 AM