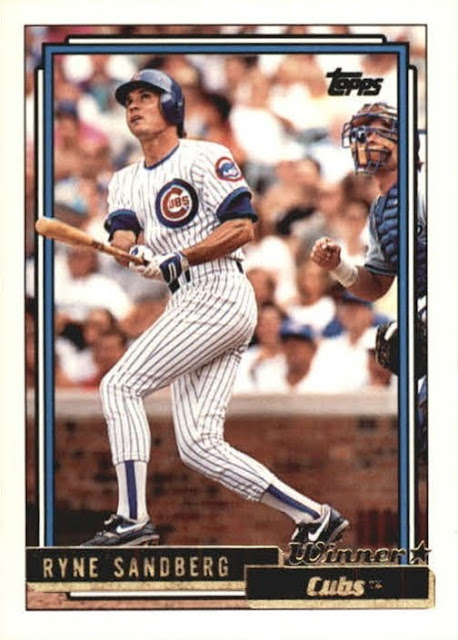 Here's the scoop on them... 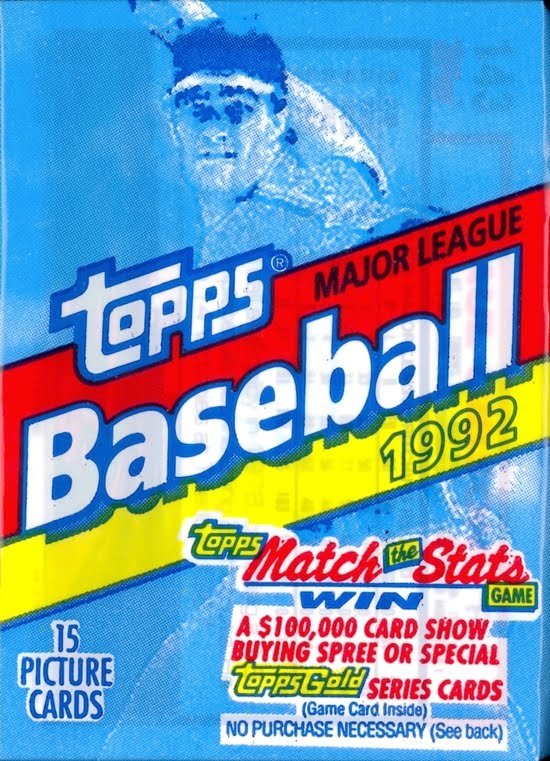 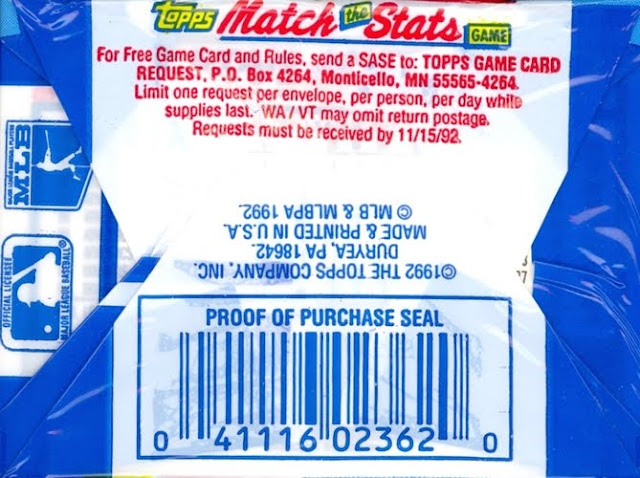 Topps included scratch off cards inside each pack of cards for a game they called "Match-the-Stats."  Each card contained eight dots.  You needed to scratch off three that showed stats.  If you revealed one that said out, you lost.  If you won you could get gold cards or other more valuable prizes.

But in early January, 1992, not long after the packs were available, someone posted on a Prodigy message board (yes, this was very early in the days of the web) that by holding a bright light behind the card you could see through the scratch off material and read the circles.  It was almost a guaranteed win.

Going into scramble mode, Topps said that they would honor all of the winner cards despite the hack.  They also decided to print in gold the words "Winner" on the gold cards that would be sent to winners.  That allowed a way to differentiate between the regular gold cards and the contest cards.

Theoretically, the winner cards would be more valuable.  But, no.

Since a winning scratch card could net ten gold cards, there was a potential for over half a billion (yes, billion with a b) winner cards to be won.  A 1992 Tribune article (link here) cites a source that said about 76 million packs would be printed, meaning a possibility of 760 million winning gold cards.  That doesn't make the winner cards very rare, does it.

Yesterday I picked up a Cubs team set.  Like my first gold set, this one also doesn't include the prospects, so I've picked them up from Sportlots.  It was not a problem.  Despite being 25 years old, the cards are worth just pennies each.  I'll show then once they arrive.
Posted by Wrigley Wax at 7:00 AM