One player managed to be floating in the first and last of the floating head cards.  There were years in-between when the player was not with the Cubs, which is why he doesn't have as many floats as Rick Reuschel.

Describing the bookend floater as a player isn't correct.  The person was a player on the first card and a coach on the last one. 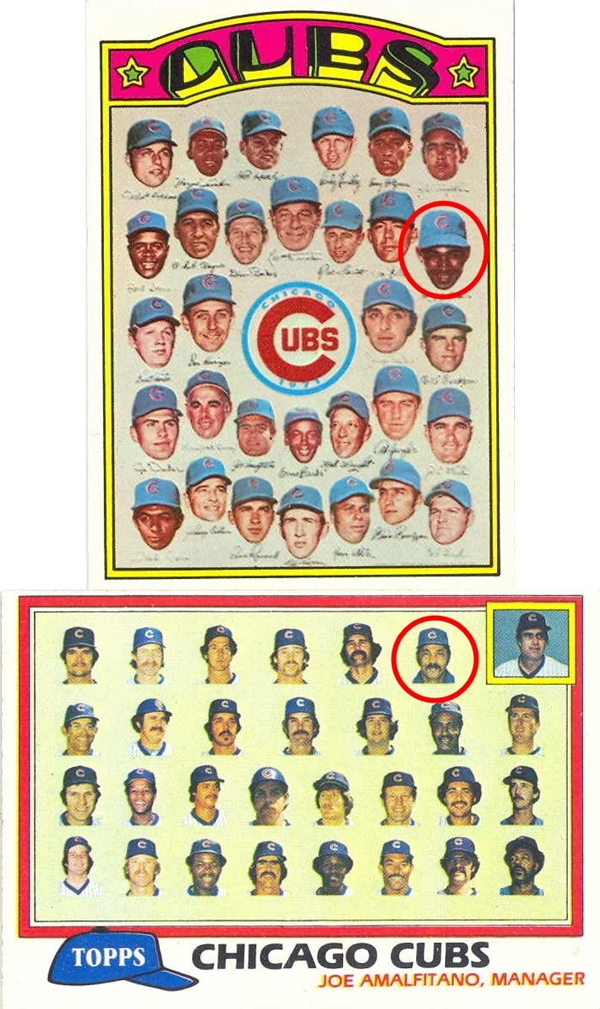 ...Billy Williams, my all-time favorite player!
Posted by Wrigley Wax at 7:00 AM