The home of the Whopper teamed up with Topps to put out 13 different sets.  Unfortunately for me, most of those set were team sets for teams not named Cubs.  There are Burger King sets for the Yankees, Astros, Phillies, Braves, Tigers, Rangers, and Indians.  But no Cubs.

My boys in blue were in just two BK sets, the 1981 Collectors Series and the 1987 All-Pro Second edition.  And among those two sets were just two Cubs cards.

That means you can take a look at the entire Cub run of Burger King cards by eyeing these two cards. 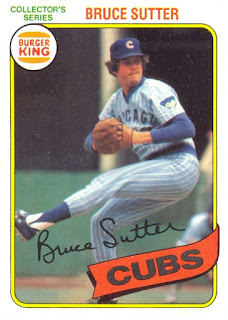 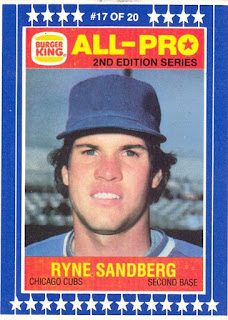 The Collector Series cards used most of the 1980 Topps base design. 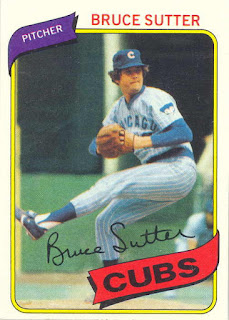 You can see that they swapped the position for the brand name and a Burger King logo.  They also slightly changed the font for the name.

That's it....the entire Cubs run from Burger King...no a Whopper of a run, instead, barely a slider.