The season is now four weeks old and in that time the Cubs have seen three more players added to the roster.  I've made Topps 2018 cards for each of them 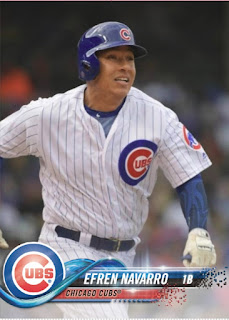 Efren Navarro came up when Anthony Rizzo was out with a bad back.  He played in four games and went back to Iowa as soon as Rizzo was ready 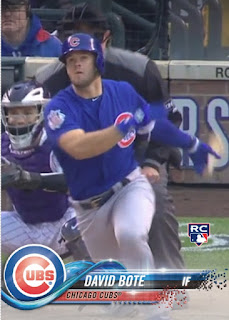 David Bote was brought up to replace an injured Ben Zobrist.  A Colorado native, he made his debut over the weekend as the Cubs took on the Rockies.  Nice to start your career in familiar surroundings.  He doubled in his very first at bat, and the picture on the card is the moment right after he made contact. 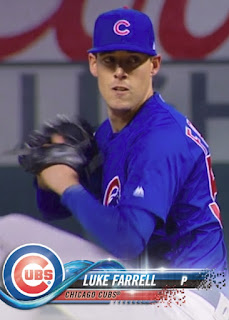 Luke Farrell is replacing Eddie Butler in the bullpen.  He looked good in his first Cubs outing on Saturday.  Yesterday he gave up an unearned run in a mop-up role.