I've shown a couple stamp sets recently.  One was very old and very cool, the 1949 Eureka stamps. The other was half as old and less than half as cool, the 1982 Fleer stamps.  I wish I had another really old, cool set. But instead, its just another Fleer. 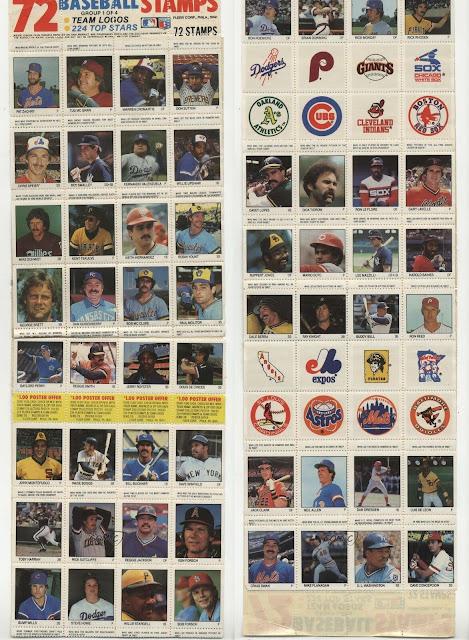 This is sheet #1.  If you look closely you can see that this time Fleer included the player's name and position, which was an improvement of the 1982 stamps that had just a picture of the player and the stamp number.  And oddly, the 1983 stamps don't have any number.

Only eight Cubs players were in the set, along with the Cubs logo. 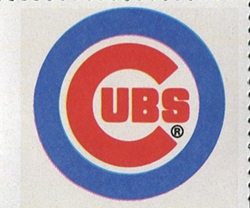 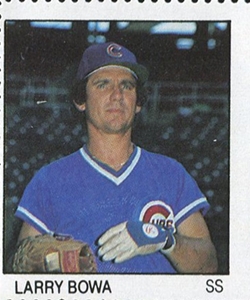 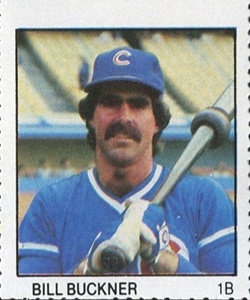 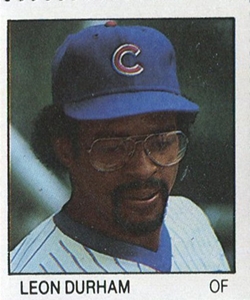 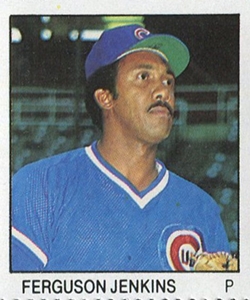 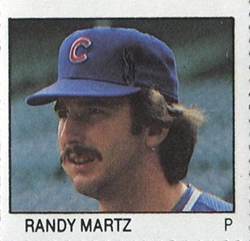 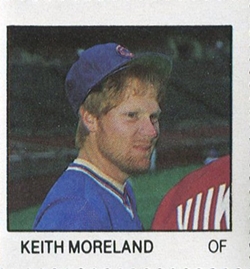 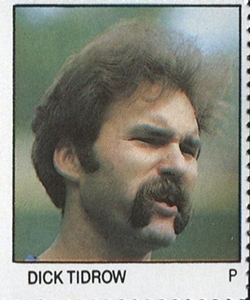 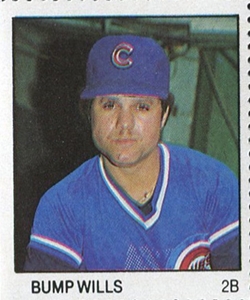