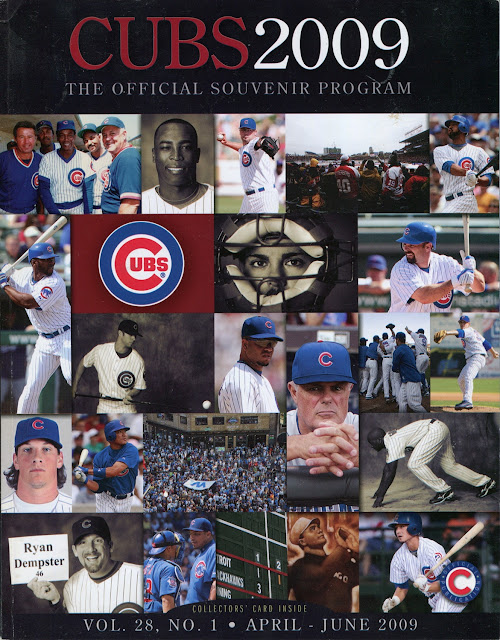 The Cubs and Topps partnered up for the second year in a row as Topps provided cards to be included in the 2009 Cubs program.  The cards used in 2008 came from the factory team set and they had no special markings or numbering exclusive to the program.  Would 2009 be the same? 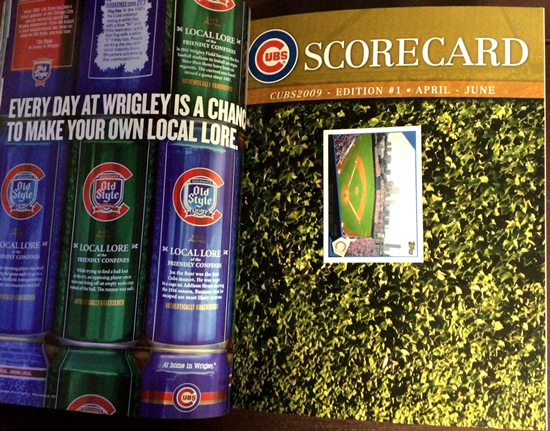 Opening to the page with the card gives a pretty good answer right away. The card of Wrigley Field was not part of the base Topps set.  It was only found in the factory team set.  And the back? 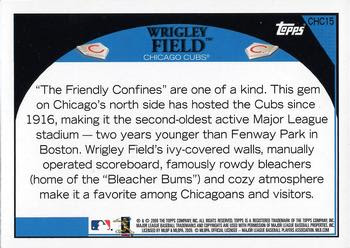 No exclusive set in the 2009 programs.

The 2009 edition was the last put out by the Cubs.  Beginning in 2010 they sold just the scorecard, which came with a mini-program of eight to ten pages.