As I was reading my new 1970 Phillies scorecard, it surprised me how many of the players on the Phillies had or would have Cubs connections.

There are 25 Phillies players that have bios in the scorecard.  Six of them ended up with the Cubs one time or another. 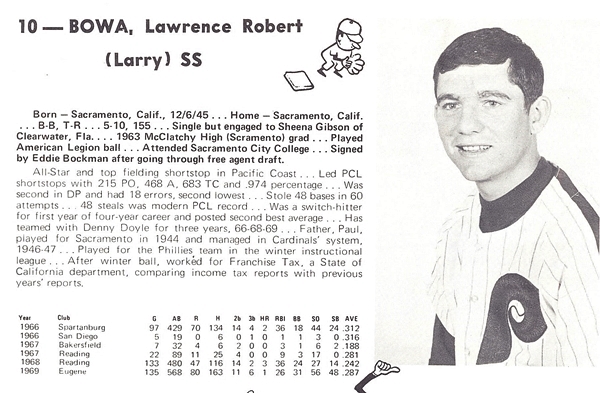 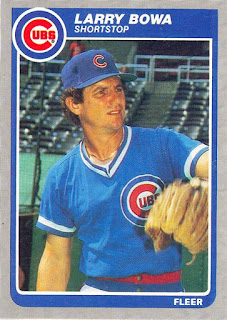 Bowa looks so young in that Phillies picture and so battle worn in the Cubs card. 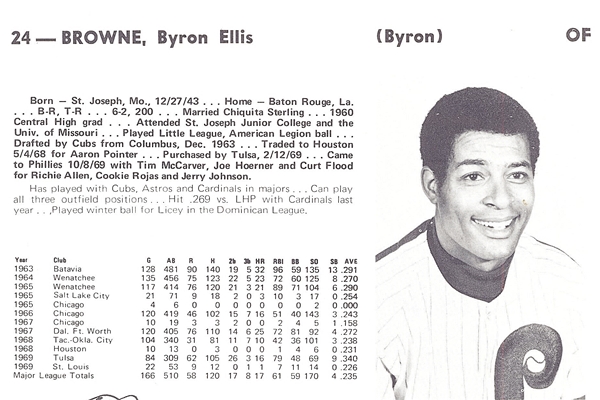 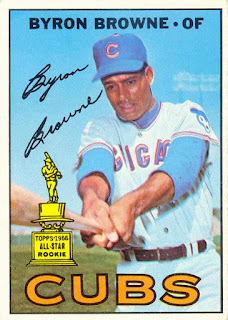 Browne got a Topps Rookie trophy on his '67 card but could never duplicate the success he had in 1966. 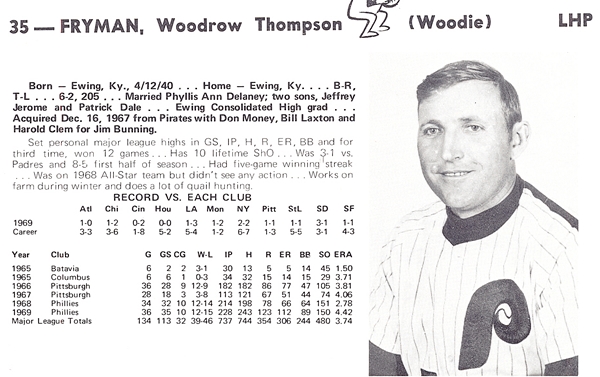 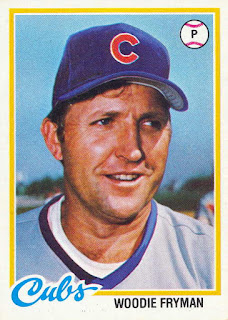 Fryman spent just half a season with the '78 Cubs but would spend five more decent years working in relief for the Expos. 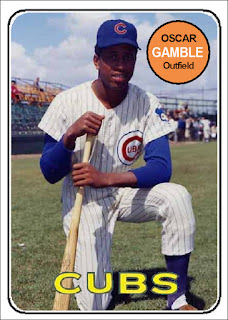 Oscar Gamble was young and fro-less in 1970.  The Cubs card is a homemade job since he never had a Topps card that showed him with the Cubs. 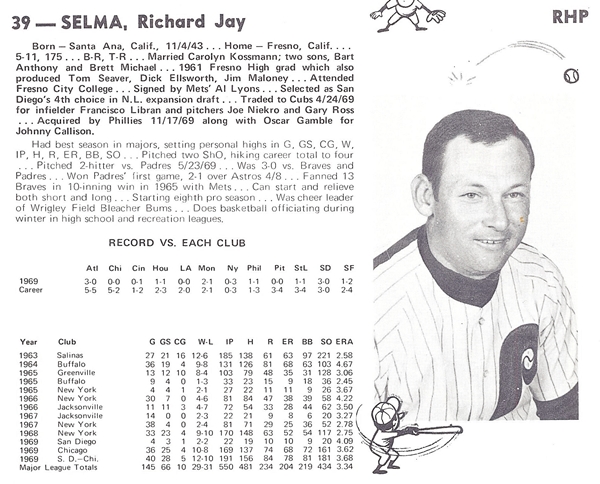 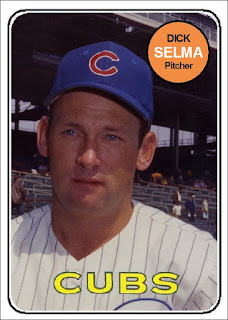 Look at how the Phillies bio mentions Selma's role as the cheerleader for the Bleacher Bums!  He too never had a Cubs card, so again, I made one. 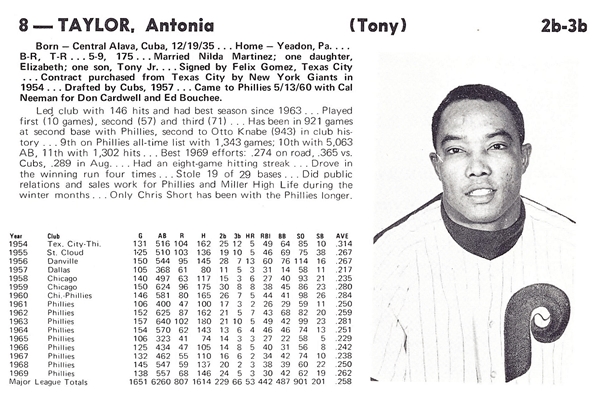 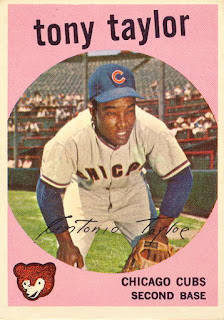 Weird--the Phillies guide lists his first name as Antonia but his signature on the Cubs card is Antonio.
Posted by Wrigley Wax at 7:00 AM