Monsieur Billy Williams...And Then Some

On Monday I mentioned that I bought all the O-Pee-Chee cards for Billy Williams that were listed on PSA's master list.  I also added the phrase, "and then some."

PSA included 15 OPC cards for Billy.  These included the base cards, team cards, and leader cards.  Yet, for reasons I don't understand, there are four more OPC Billy cards that are not on the list... 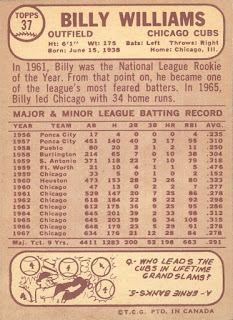 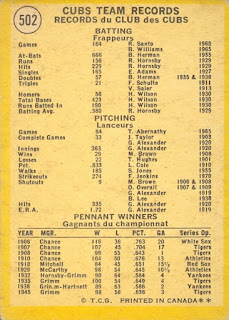 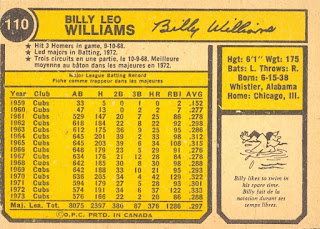 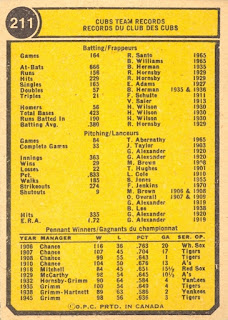 I don't collect graded cards, so I'm not up on all the rules and regulations that PSA uses to determine its master list.

The Topps version of each of these four is on the list.  The Venezuelan version of the 1968 card is included.  But not these four and I am clueless as to the reason for their exclusion.

Anyone got any ideas??
Posted by Wrigley Wax at 7:00 AM