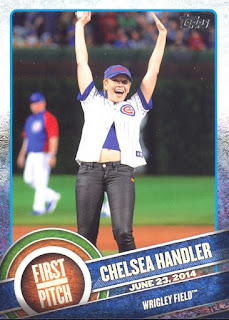 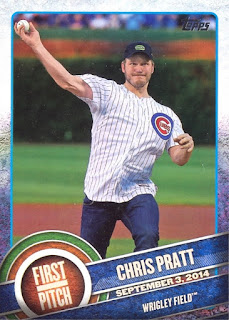 Chris Pratt and Chelsea Handler get added to First Pitch set.  Pratt I like, Andy in Parks and Rec was an interesting character.  Chelsea Handler, no.

Two Greg Maddux cards are next... 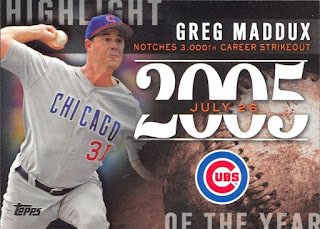 The last Cubs insert is from the First Home Run set and for some strange reason, it too is Greg Maddux 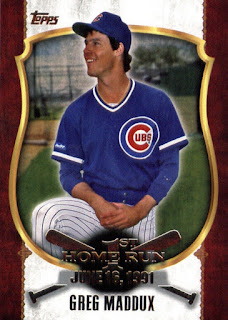 The guy hits only five homers in his entire career, but gets a card for his first.  OK.
Posted by Wrigley Wax at 7:00 AM