Back in March I bought a Phillies scorecard from 1970 because Billy Williams was on the cover. 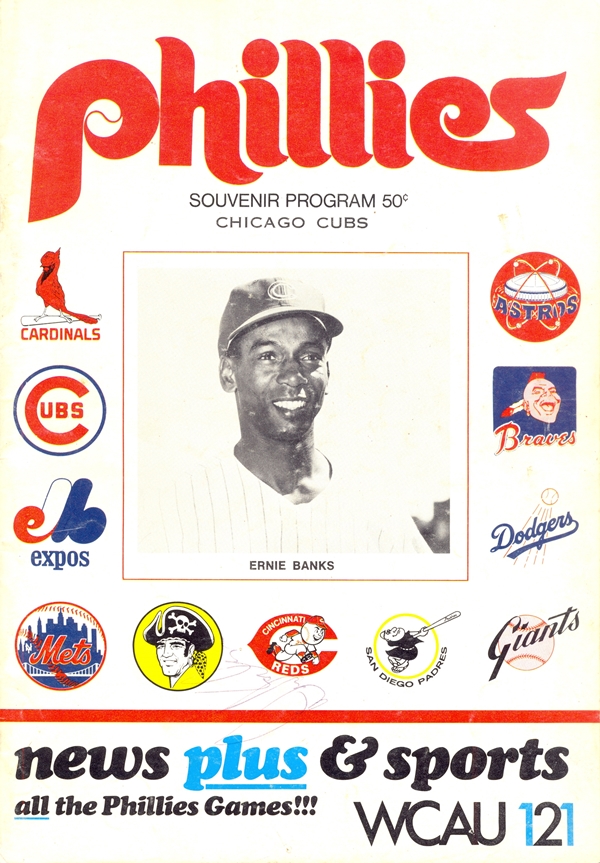 Turns out there is a Mr. Cub version too!

The cover is identical to the Billy version except for the picture, obviously. 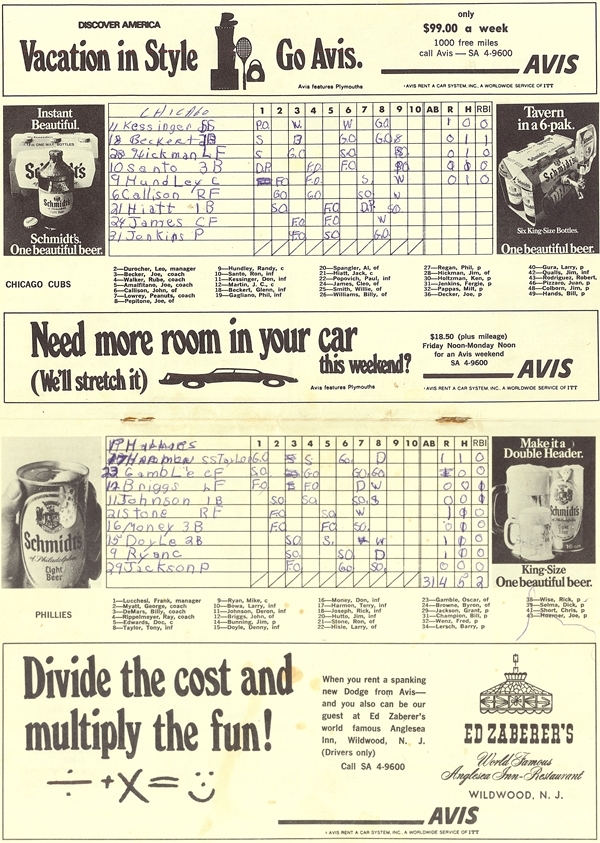 Turns out this one was scored, too (though rather crudely).

The game was on August 7, 1970. The Phillies beat the Cubs 4-1 as Fergie Jenkins gave up three runs in the eight inning and took the loss.  Today if a pitcher even made it to the eight inning, as soon as a runner reached base he'd be yanked.  But in 1970, it was Fergies game to win or lose.

As I was reading the box score, I noticed something unusual about the Cubs lineup that night.  Take a look: 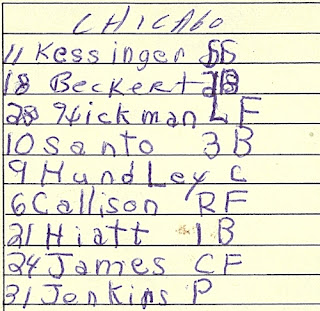 But Billy.  Where is he?

I read the Tribune article on the game and got an explanation.  Turns out Billy desperately wanted the streak to end.  He wanted a day off.  He wanted to stay fresh for the team as they tried to win the division.

So Leo gave him the night off.  Jim Hickman started in left field.

But Billy didn't get the night off completely.  In the ninth inning, as the Cubs now trailed by three, they started a rally.  Billy was brought in as a pinch hitter for Jack Hiatt, though my scorekeeper didn't make note of that on the card.

With the bases loaded, he struck out looking.  However his plate appearance kept the streak going; this was game #1,093.

He kept the streak going another 24 games before finally taking the day off on September 3.  His streak ended at 1,117 games.