The PSA master list for Billy Williams lists 15 O-Pee-Chee cards.  It took a while but I've finally got them all (and then some--more on that on Wednesday).

I won't be showing the fronts of the cards because they are identical to the Topps' version, with just one exception... 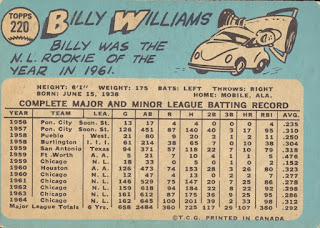 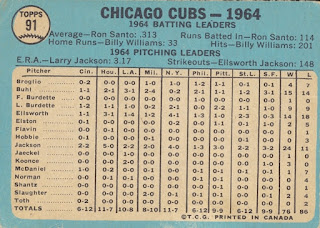 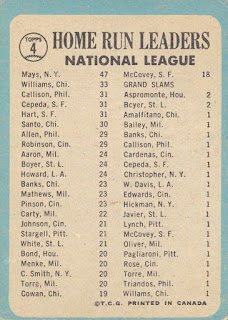 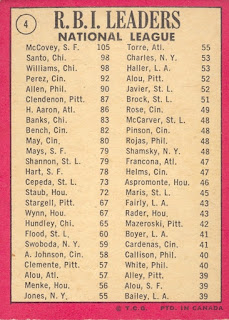 ..."Printed in Canada" tag.  Otherwise the backs are identical to the Topps version too. 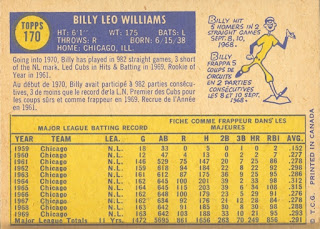 Starting in 1970, the backs became bilingual. The addition of French makes it pretty easy to tell you've got an OPC card. 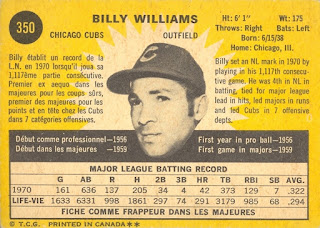 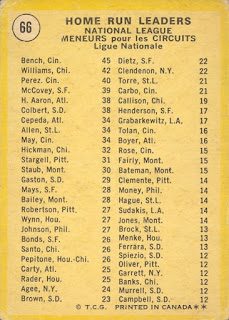 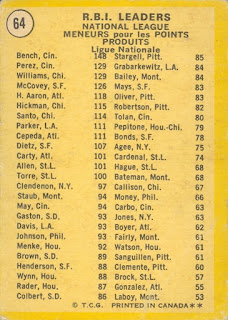 The 1971 card used a different design and color from what Topps put out, making the '71 OPCs super simple to detect. 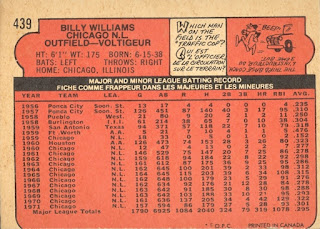 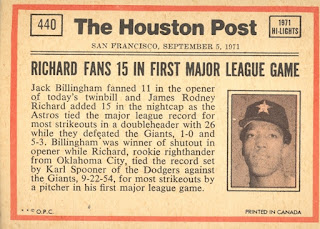 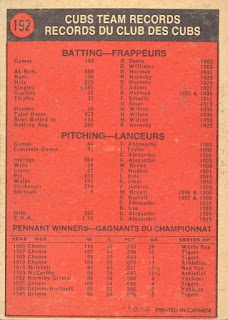 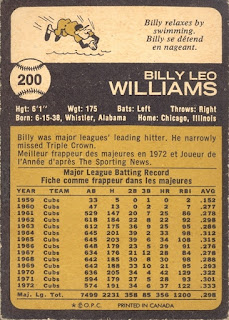 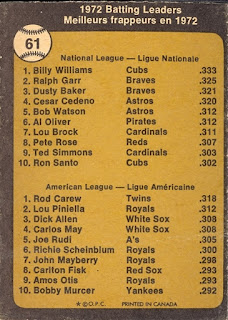 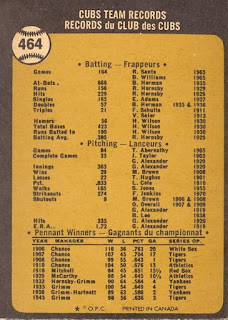 The '72s and '73s were printed with the same colors used by Topps. 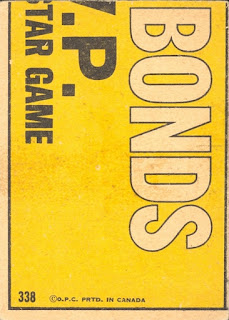 Wednesday I'll explain the "and them some" OPC Billy cards.
Posted by Wrigley Wax at 7:00 AM