For the past few years the Cubs have been putting out three different versions of a season's schedule.


I didn't attend this year's convention (actually I've never gone to any Cubs Convention, but I need to!), but I was able to pick up the convention version of the schedule off of Ebay. 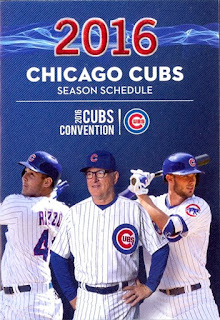 We've got the big three on the cover, Rizzo, Bryant, and Maddon.  It's a nice cover, but I like the cover on the September calendar more. 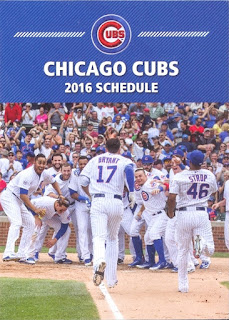 That picture of Perdo Strop running along side Kris Bryant after a walk-off home run is great.  That was one of my favorite moments of the entire season.

In March I'll call the Cubs and request the full 2016 schedule.  They are happy to send a few to me and I'm happy to get them into my collection
Posted by Wrigley Wax at 7:00 AM