Backing Up the Truck: Ron Santo

The next of the '69 Cubs to be jettisoned was Ron Santo.  He was traded to the Angels on December 4, 1973.  The Cubs got pitchers Andy Hassler and Bruce Heinbechner.

He told the Cubs GM John Holland that he had no interest in playing anywhere except Chicago.  If the Cubs were going to move Santo, their only option was the White Sox.  And the Sox knew it, too.

All Star slugger Bill Melton was the Sox third baseman.  They had no reason to get Ron Santo.  And if they wanted to get him, knowing that he would only take a trade to the South Side, the Sox should have been able to get him for a bag of balls and a slice of Ron Santo pizza.

Somehow, the Cubs were able to work out a trade and send Santo across town.  He was moved on December 111, 1973.  The shock to me with the traded is that the Cubs got four players in return: Pitchers Steve Stone, Ken Frailing, Jim Kremmel, and catcher Steve Swisher.  The Cubs got more from the Sox than what they were going to get a week earlier from the Angels.

Kudos to the Cubs GM for this one...he got more from the team that had him over a barrel than from the Angels. 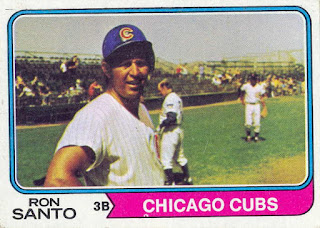 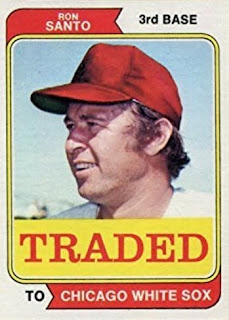 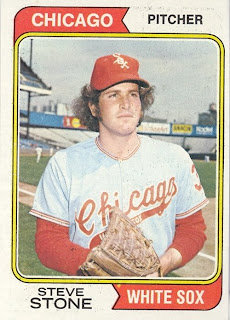 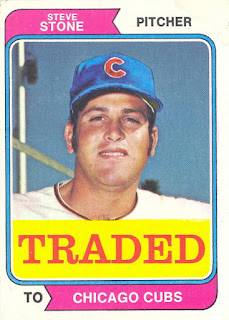 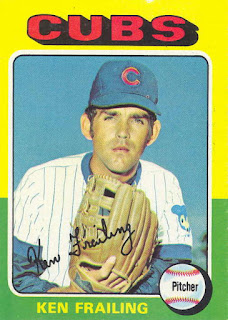 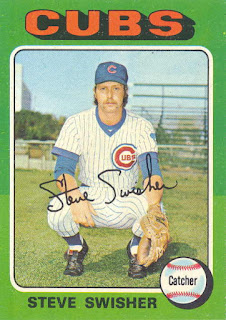 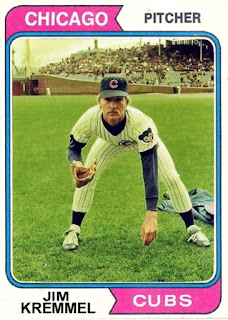 Turns out everyone pretty much got a whole lot of nothing with the trade: