We skip over 1973 because there was a regular team picture for Topps to use.  But in 1974 the floating heads returned. 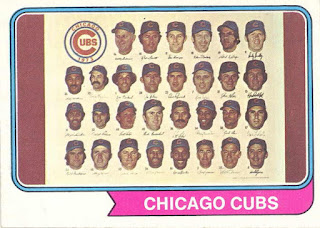 The first thing you'll notice is that the orientation of the team photo was changed from vertical to horizontal.  That was good for Topps because the previous two floating head cards had to be vertical, the only team cards in each set that went in that direction.  Now the Cubs card matches the others.

The photo also added uniform numbers, making it much easier to identify the players.  This is the last photo with most of the '69 Cubs.  The major purge began after the 1973 season. 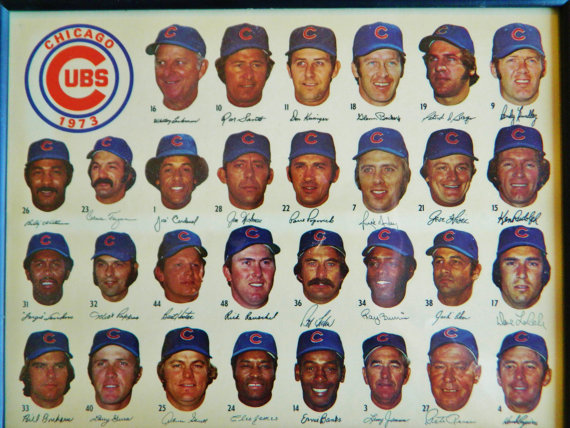 I could only find one version of the photo, and it matches the Topps card.  Did the Cubs stop doing updates?

And who do we have in the picture?