I was on a big MSA disc kick last spring.  It was a nice lockdown diversion.  I was able to get most, but not all, of the Cubs discs.  Since then I've been waiting for the missing ones to be listed.  It's a slow process that requires patience.

One set that I was really lacking was the 1976 Carousel.  I had just one of the five Cubs.  So I was pretty excited when one of my missing four showed up.  It was priced a bit higher than the usual discs, but I get a little less budget conscious when long-missing cards pop up.  I hit the BIN immediately. 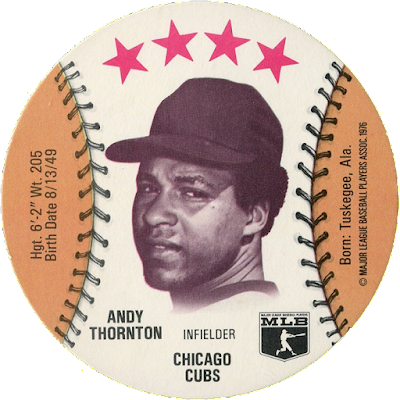 It's Andy Thornton.  He's shown with both the Cubs or the Expos in some of the 1976 sets.  I'm glad this one was Cubs. 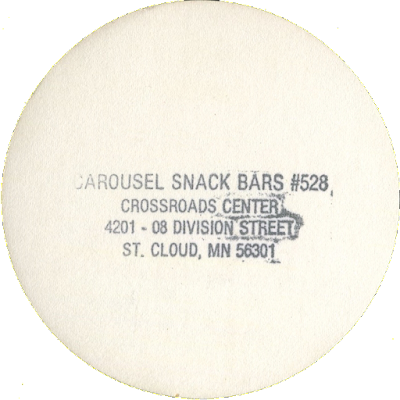 It came from the Crossroads Center Carousel in St. Cloud, Minnesota.  There are 19 food places in the mall now, according to their website.  The Carousel Snack Bar is not one of them.