A Couple of Card from Vineline

I've recently picked up two cards that were available through the Cubs old monthly magazine, Vineline. 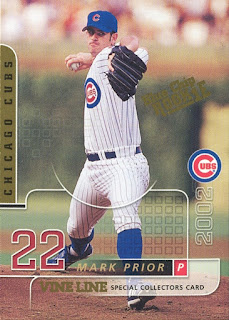 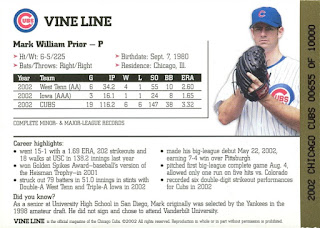 This card of Mark Prior is from 2003.  You could get it if you bought a two or three year subscription to Vineline.  However, it was a limited card, with just 10,000 copies.

The 2003 season was a great one for the Cubs (until the end!), which meant they got even more popular.  Subscriptions to Vineline must have increased because they didn't offer any subscription premiums in 2004 or 2005.

The team really slipped in 2005 and so must have the sales of Vineline because premiums were back in 2006. 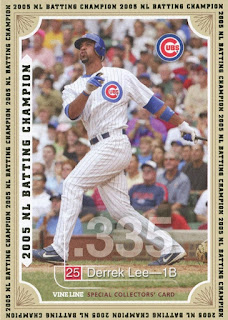 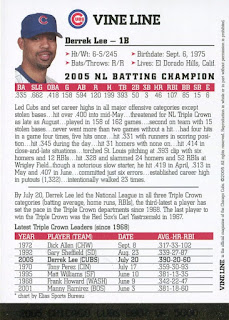 This time it was Derrek Lee that was featured. Again it took a two or three year subscription to get the card.  It was numbered, though the scan didn't pick up the shiny gold on the bottom of the card.  The print run of the card was half of the Prior card, limited to 5,000.