I've got 19,040 Cubs cards from 283 different brands listed on a spreadsheet. A random number generator picked five cards, one each from the past several decades. 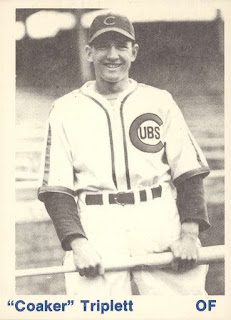 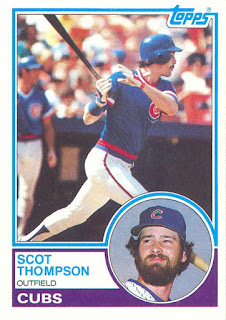 1980s: 1983 Topps #481 Scot Thompson  Clean shaven in the action shot, but a full beard in the closeup.  Some day I'll have to go through the entire '83 set to see if there are any other players that have such a different look between their two pictures. 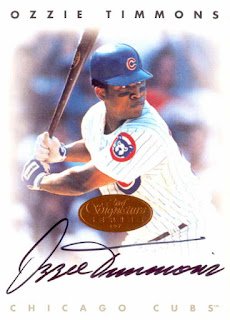 1990s: 1996 Signature Series Ozzie Timmons  Timmons played in 65 games for the 1996 Cubs and the card shows hit as a Cub, so he follows my certified autograph collection rules.  That would be the only reason I'd have an autograph of Ozzie Timmons. 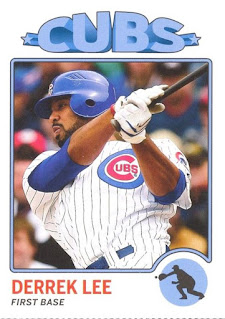 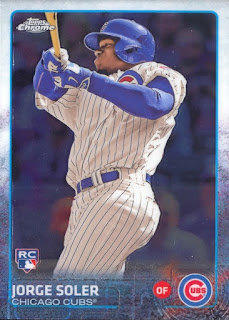