Winter came very quickly to SW Michigan this year.  Through November it had been warmer than usual.  The leaves were about three weeks late to drop.  And then came December and boom, it's been winter.  We've already had three snow days in the past two weeks.  This could be a long winter.

The snow came to Topps, too.  They released a 200-card holiday set, exclusive to Walmart stores.  The smoky corners of the base cards have been replaced with snow flakes.

Snow isn't something you normally want to see with baseball.  I went to two early season Cubs games in 2013 that had snow falling.  Those were not fun games to sit through.  Baseball should not be played in Bear weather.

But Topps paired baseball and snow anyway.  The Cubs snagged 12 of the 200 spots on the checklist.  I was able to pick up all of the cards from two Sportlot sellers, which kept the price below any team sets I saw sold on Ebay.

The only changes I would have made with Topps' selection would be to drop Jason Hammel and Albert Almora and replace them with Willson Contreras and Ben Zobrist. 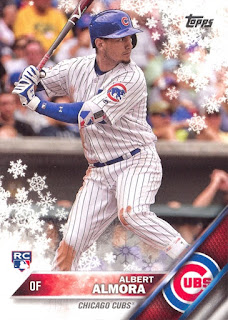 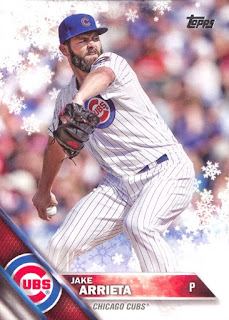 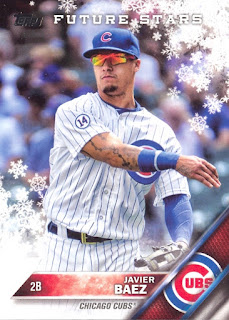 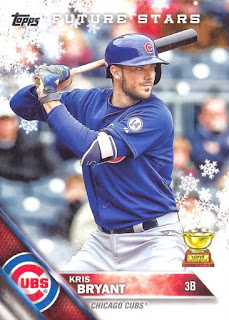 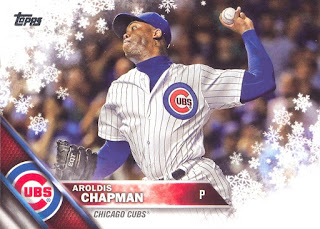 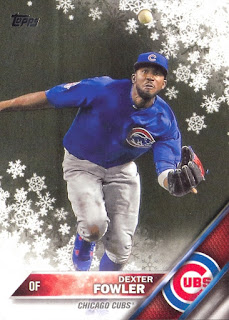 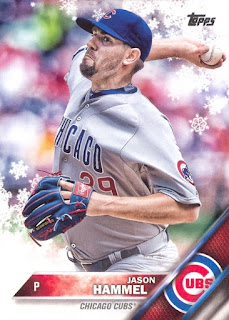 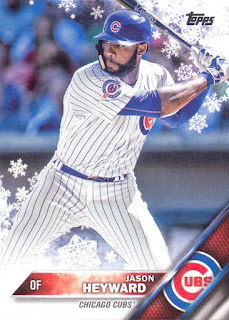 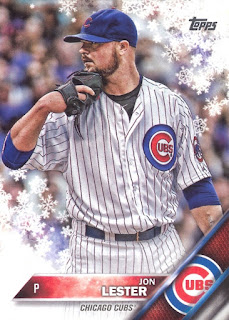 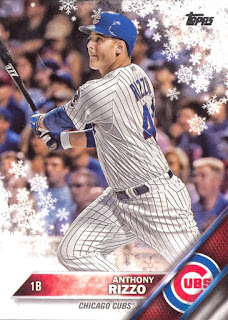 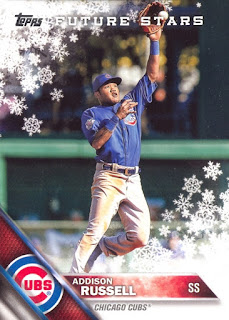 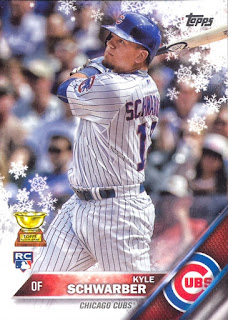