My Most Expensive Modern Card

I bit the bullet and overpaid.

I paid more for this modern card than I've ever paid for any other modern card.  In fact, it was the most I've paid for anything, modern or vintage, other than Ernie Banks' rookie, and T206s of Tinker, Evers, and Chance. 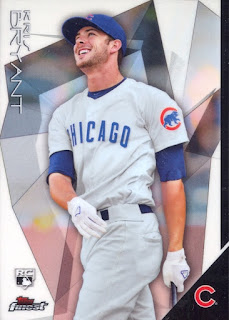 Who knows what he'll do next year?  I figured I might as well grab the card while copies are still out there.
Posted by Wrigley Wax at 7:00 AM