Someone posted a thread in one of the card forums with the title "Cubs Regretting Chapman Trade??"  His premise is that Gleyber Torres, the main piece to the Yankees in the Chapman trade, tore things up in the Arizona Fall League and the the Cubs paid too high of a rental price. 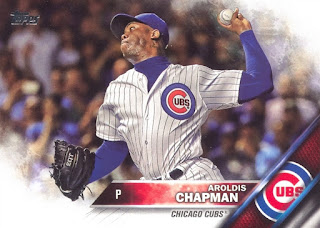 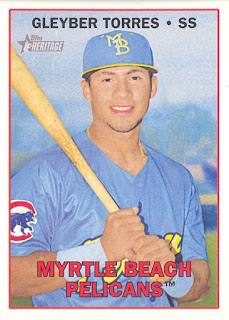 Obviously the writer is not a Cubs fan.

Chapman helped lead the Cubs to a World Championship.

I don't care if Torres ends up some day in Cooperstown.  It was still a great deal for the Cubs.

It's not like the Cubs were mortgaging the future for the present.  Their infield is loaded with young stars and is set for years to come. They are also under club control for the next several years.

Having a loaded farm system and an All Star infield means you can trade the prospects to fill holes. Theo did just that.  It was a no-brainer.
Posted by Wrigley Wax at 7:00 AM