I remember in 1984 watching the Cubs game the day after they clinched the division.  The lineup shocked me.  Where was Sandberg...Dernier....Davis....Moreland....??  What was going on?

You see, I knew nothing of the day after clinching procedure.  The Cubs had never done that in my lifetime.  I didn't know that teams sent in the scrubs the day after.  There were so many lessons learned in 1984.

So who played that day against the Pirates? 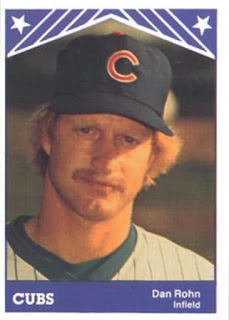 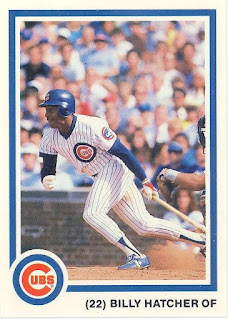 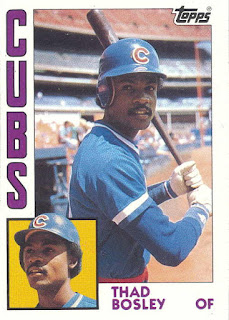 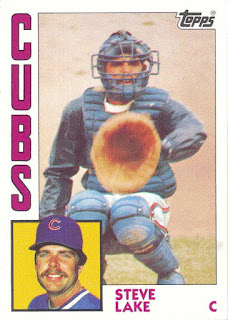 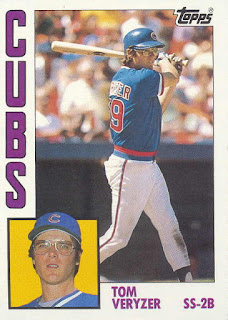 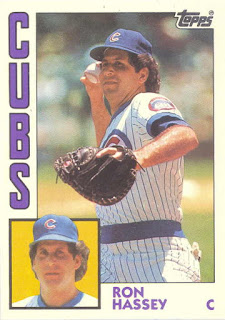 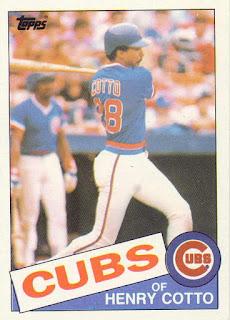 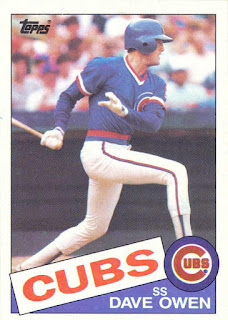 Four of the eight had a card in the 1984 Topps set and two more were in the '85 set, so these guys weren't total strangers to the team.  Dan Rohn was the least known of the bunch.  He never had a major league Cubs card, so I had to go with an Iowa card from 1983.
And how did this lineup do?
Not very well.  They lost 7-1 in front of a miniscule crowd at Three Rivers of 4,068.
Posted by Wrigley Wax at 7:00 AM