All I've Got of Him: Gene Michael

Gene Michael passed away yesterday, so I thought it would be appropriate to show all I've got of him.

Michael was hired by Dallas Green during the 1986 season.  Just two seasons removed from their division title of 1984, the team was beset by injuries in 1985 and still in a funk in 1986.  On June 13 Jim Frey was canned and Michael took his place.

At the time I thought it was a strange hire.  He was a Yankee guy, an American League guy.  But then so was Jim Frey.  If Green was looking for the same results, he ended up disappointed.  The team never recaptured the 1984 magic and Michael didn't make it through the entire 1987 season.

My collection consists of just four cards, two from Topps and two that are team-issued. 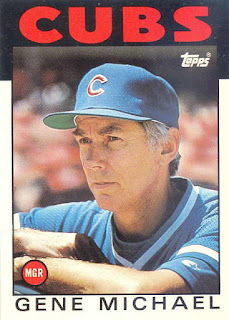 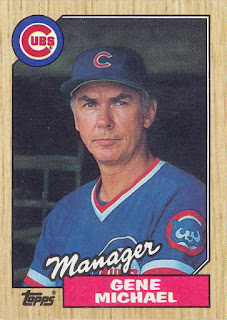 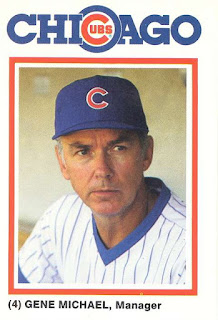 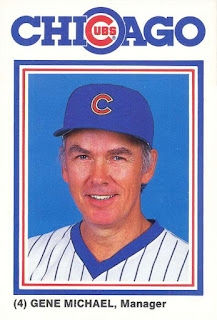