All I've Got of Him: Frank Chance

A win tonight (or a Brewers' loss) and the Cubs will be the Central Divison champs.  It will mark their third consecutive trip to the postseason.  It has been a long time since that has happened.  Specifically, it was the 1906-1908 Cubs that last had three straight trips to October baseball.

Hall of Famer Frank Chance was the player-manager for that squad.  So with that in mind, here are all the cards I've got of the Peerless Leader.


One of the most valuable cards in my entire collection would be the T206 of Chance.  It's the only real card I own from his playing days.  I have a few reprints from his active years but the majority of these are from later times.  There's some early '60s Fleer cards and several Cubs team issued cards, among others. 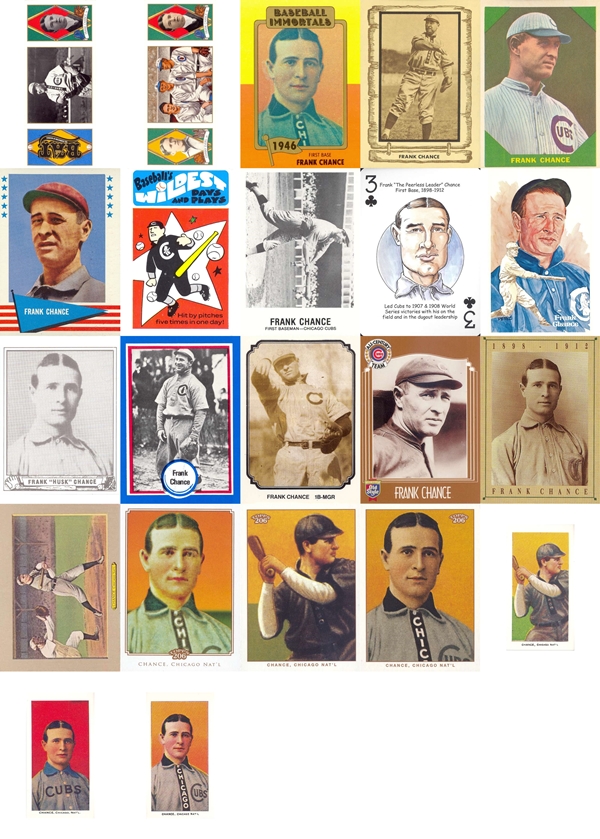