Its been years since I've had one of these posts.

I was a big-time Darwin Barney collector.  I chased after each on of his cards and as many of the parallels as I could find.  Most of that ended in 2014 when he was traded to the Dodgers.

Every now and then, though, a card pops up that fills a hole.  That's what I've got today.

Barney was on the 2012-13 Panini Prizm checklist.  Along with the base card came a bunch of parallels.  I picked up most of them - refractor, green, red, cracked ice, and National cracked ice.  I was missing two, the gold (/10) and finite black (1/1). 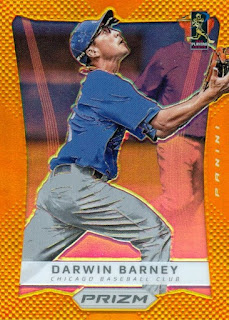 Well, now I'm missing just one.  This gold showed up in an auction on Ebay.  I was the only bidder, so I got it at the opening price.

Here's a look at the updated Barney Prizm Rainbow: 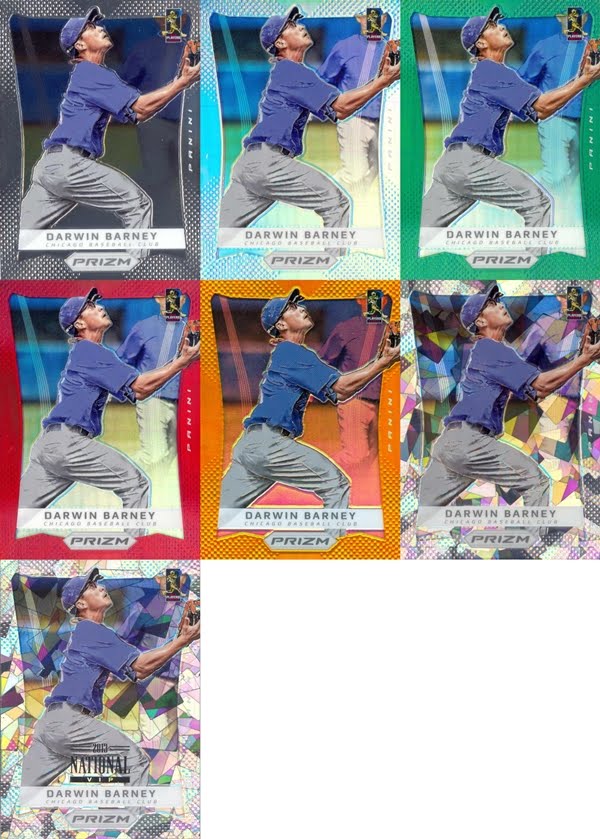