Six year ago I picked up the 1998 Cubs Convention cards.  I had no idea that there was also a set given out at the 1996 convention.  I somehow stumbled on it a few weeks ago while browsing over Cubs sets on Ebay.  I missed out on one auction but another set was listed a few days later and I was able to get it. 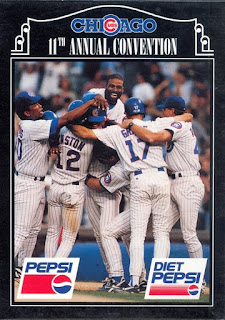 The Cubs produced a set of 27 cards.  They are oversized, measuring 4" x 5½".  The set included current players, former players, and the broadcast team.

I'll be showing the set all week long, dividing it into different pieces.  Today I've got the players that were on the roster in January, 1995.

There are just eight cards, including manager Jim Riggelman.  I'm assuming that cards were only made for players that would be at the convention. 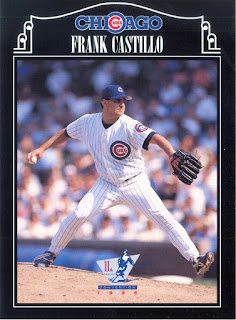 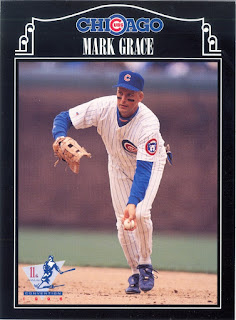 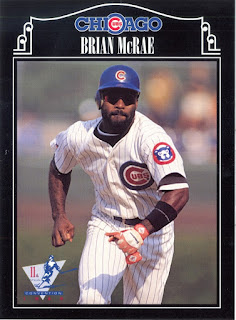 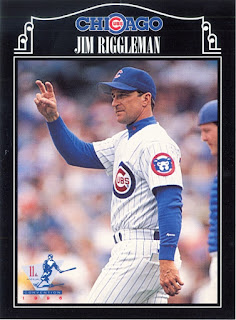 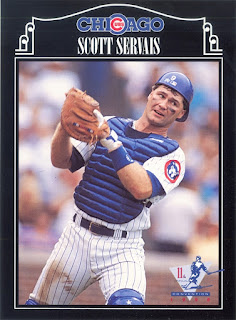 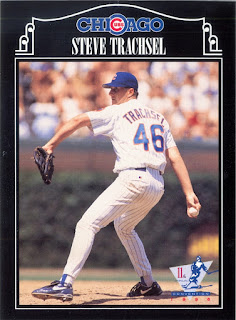 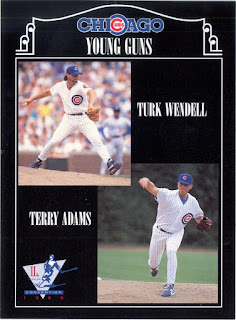 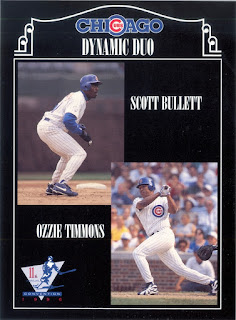 Other than Mark Grace, there isn't a whole lot of star power here.  Notably missing is Sammy Sosa.  Sammy often couldn't be bothered to attend the convention. 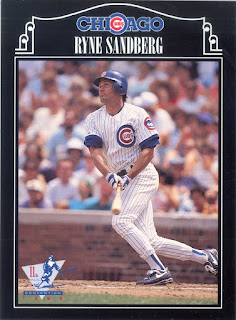 .... Ryne Sandberg.  He announced in October that he would be ending his retirement and returning to the Cubs for the 1996 season.  His appearance at the convention was a huge deal.
Posted by Wrigley Wax at 7:00 AM