The two Cubs cards from the 2014 Jewish Major Leaguers set arrived yesterday. They came from Teamsets4u.  I haven't used him in a while, but when you're looking for oddball team sets, he's a great resource. 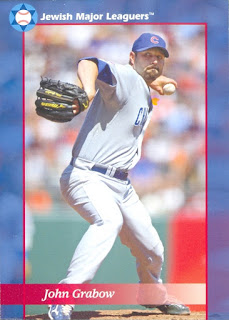 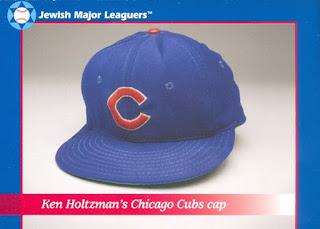 It's an interesting assortment of cards.  John Grabow spend 2½ years with the Cubs, working out of the pen.  Ken Holtzman's cap, well,  I'm not sure what makes it card worthy.  Holtzman had a card in the original set.  His hat needed to be updated, apparently.

Let me take care of a couple things from Thursday's post.

There was a question about how the cards were distributed.  They were sold by the American Jewish Historical Society.   It was a direct-order sale, nothing retail.

The first set also had gold and silver parallels sets that could be purchased separately.

Someone asked what the backs looked like, so here... 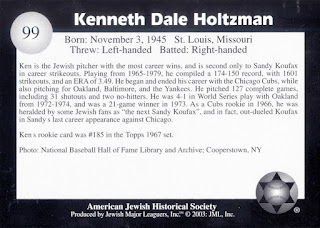