Here's the last of the goodies from reader Chad.  Again he's giving me a set I hadn't seen before..... the Jewish Major Leaguers set. 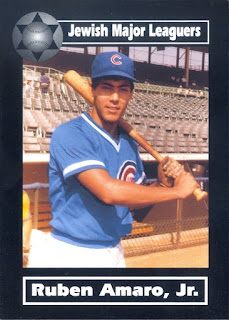 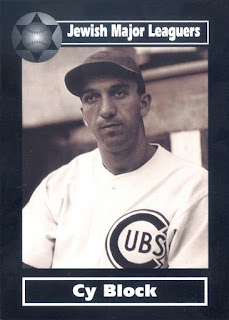 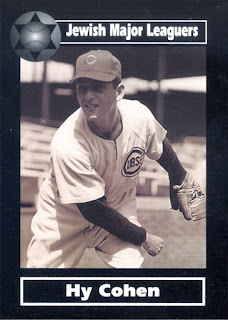 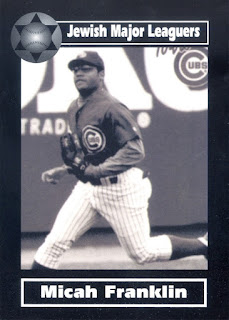 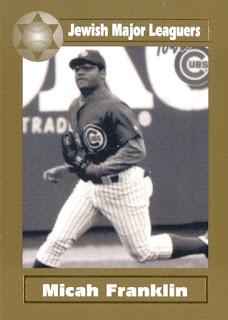 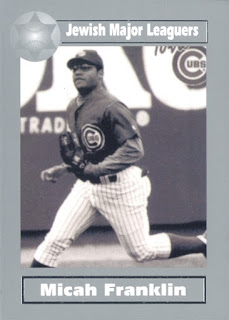 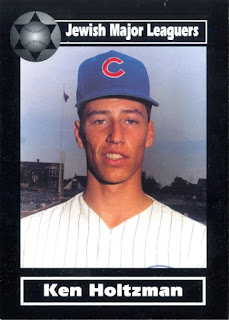 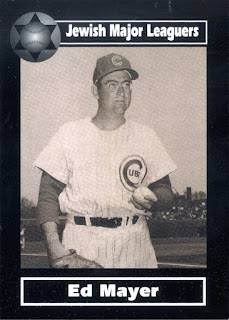 This first batch of cards is from the initial release in 2003.  The 149-card set was produced by the American Jewish Historical Society.  They went all-out and got both MLB and Players Association licenses and was printed by Fleer  There were 15,000 sets printed.  It was a fundraiser for the organization and the cards were not sold in stores.

The number of Cubs in the set is up for debate.  Block, Cohen, Holtzman, and Mayer are definites.  Amaro and Franklin are iffy.  Amaro is shown in a Cub uniform.  The picture was taken by long-time Chicago photographer George Brace.  The problem is that Amaro never played for the Cubs.  He was never even in the Cubs system.  So what gives?

My guess is that the picture is from time when mid-eighties when Ruben Amaro, Senior, was a Cubs coach.  I'm thinking that Dad brought Junior to work and Junior suited up.  Brace then snapped a picture.

Micah Franklin never played for the Cubs either.  He was in the organization of five other teams and did see big league action with the Cardinals.  Later he played with Iowa, the Cubs AAA team.  That is what is shown in the picture, the Iowa Cubs. 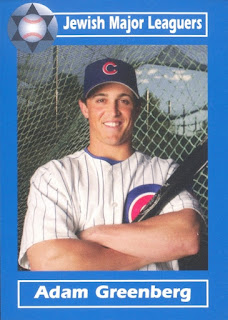 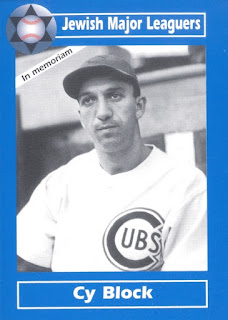 The first of several update sets was issued in 2005.  Two Cubs were included.  Block had recently died, hence the In Memorium card. 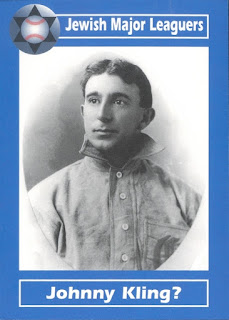 The 2007 set has one Cub, sort of.  There was some debate at the time as to Kling's ethnicity.  The AJHS concluded that he was not Jewish. 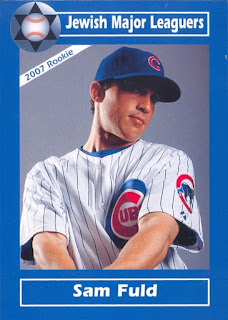 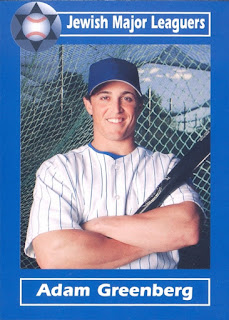 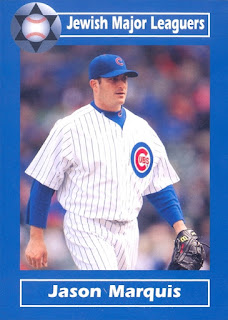 The next update came in 2008 and it has two definite Cubs and one sort-of.  The Greenberg picture is the same one used on his 2005 card but by 2008 he was no longer in the Cubs system.