A Successful Hunt to Fill a Hole

In the spring I collected the Cubs card that were included in the various baseball card price guides from the late '80s and early '90s.  I was able to get all of the cards except for one.  Missing was the 1974 replica card of Ryne Sandberg from a 1992 magazine of the Sports Card Monthly Price Guide.

The card was nowhere to be found, not available at any of my usual sites.  All I could do was check occasionally to see if one popped up.  It never did and I was growing impatient.  I decided I needed to take a different route.

I was always looking for just the Sandberg card.  But it was one of eight cards in the magazine.  If I could find and buy the magazine, I'd have the card.  The problem is that I didn't know which month's edition had the card.  I only knew that it was from 1992.

I went to Ebay and started searching for the 1992 editions of the magazine.  I found several months editions, and many of the listings even showed or at least listed which cards were included.  None had the Sandberg.  Rats!

Amazon was my next destination.  Again I searched for 1992 Sports Card Price Guides.  They had a few editions that weren't on Ebay.  Among them was the May edition. 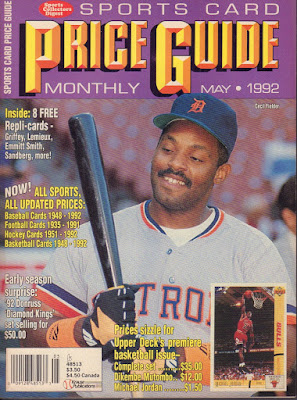 I looked the cover over and saw this... 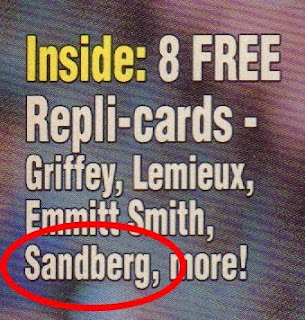 ... Eureka!! The Sandberg card is in the May edition!  While the price of the magazine was more expensive than I'd usually pay for a card, I went for it.  I had an Amazon gift card from my birthday to use, so happy birthday to me!

The magazine came quickly and I quickly opened it up.  In the middle of the magazine, in pristine condition... 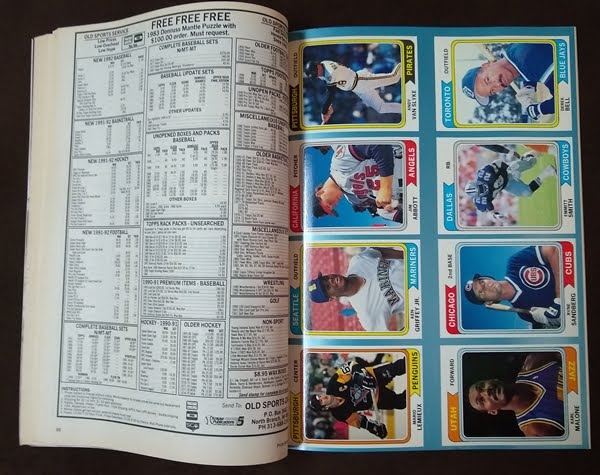 ... were the eight cards, include the missing Ryne Sandberg.

The next step was to carefully cut the card out of the magazine.  No pressure, right?

I practiced with a couple of the other cards before taking on the Ryno card.  The practice cards went well and soon enough, 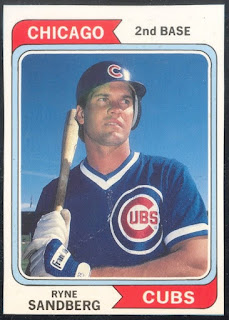 my quest was complete!