The third box of goodies from Chad is my favorite.  So much so that I'm splitting the box into two posts.  Most of the cards in this box are cards that I've never seen before.  Plus, the ones I have seen are cards I really like.  It was all good stuff! 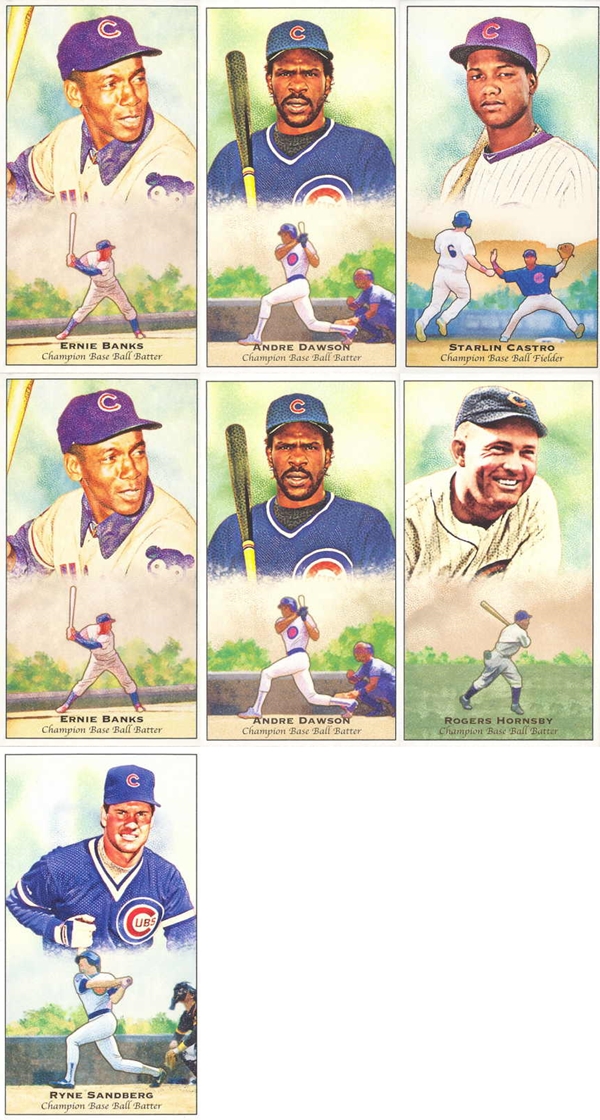 Up first are these Kimball Champion cards from 2011.  This insert set ended up with a checklist of 150 cards and five were Cubs.  The cards are cigarette-sized cards.  I really liked the look of them.  I thought it was a great looking insert.  Usually when Topps comes up with a winner they beat it to death.  Not with Kimball.  It was a one and done. 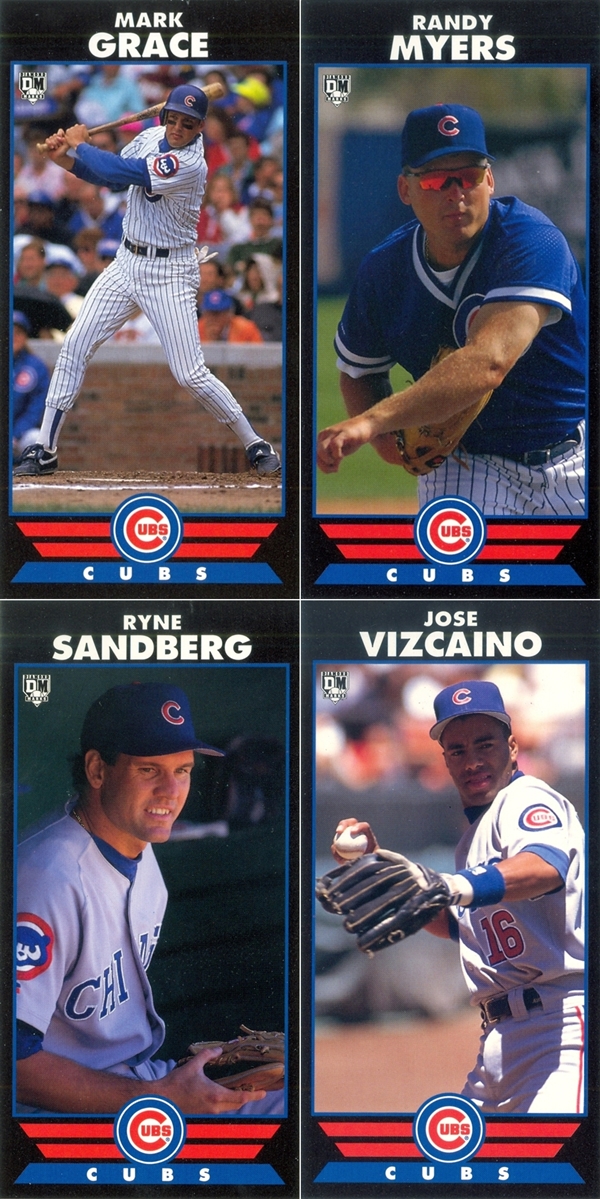 These four are new to me.  They are made by Barry Colla Productions and were designed as bookmarks, measuring in at 2½" x 5".  These are all four Cubs among the 120 bookmarks in the set. 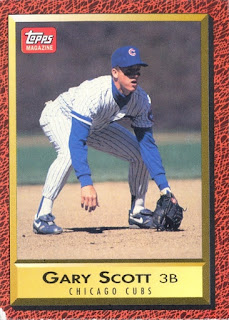 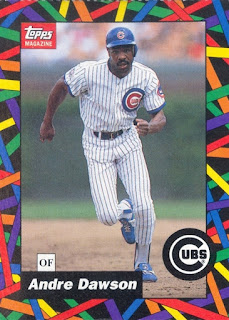 These two tie in nicely with some recent sets I've been collecting, namely cards from magazines.  They come from Topps Magazine.  The Scott card is from 1991 and Dawson's card comes from 1992.  Topps jumped into the magazine game in the early '90s, trying to match some of the other card magazines and price guides.  Since the other guys had cards, Topps added them too. In addition to these two, there are also two more Cubs from 1990 and I have them ordered.

Thank you Chad for getting helping me add two more brands to my collection!