The 2000 Metal set was the last one.  The Universe is gone from the name.  Fleer was no longer owned by Marvel, so the Universe connection is gone. It's just plain Metal. The backgrounds were nothing special either.  Without access to the Marvel artists, Fleer used the actual backgrounds of the pictures and just funkied them up.

The set was also released by Fleer under the Skybox name.  In the next five years the Skybox name would disappear, Fleer would be liquidated, and the name sold to Upper Deck.

The 2000 set has 250 cards.  The last 50 were all prospects, which explains why Cole LIniak and Chad Meyers were included.  They, like Metal, didn't have much of a future. 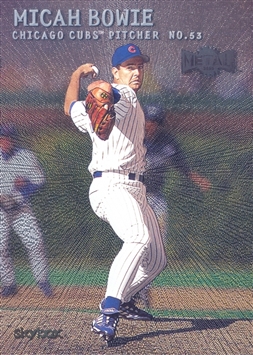 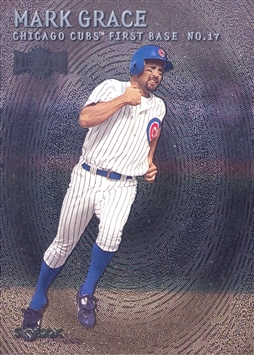 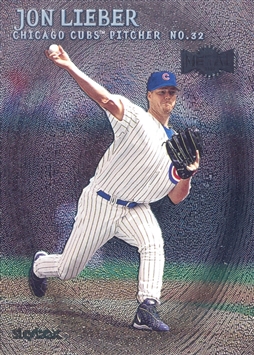 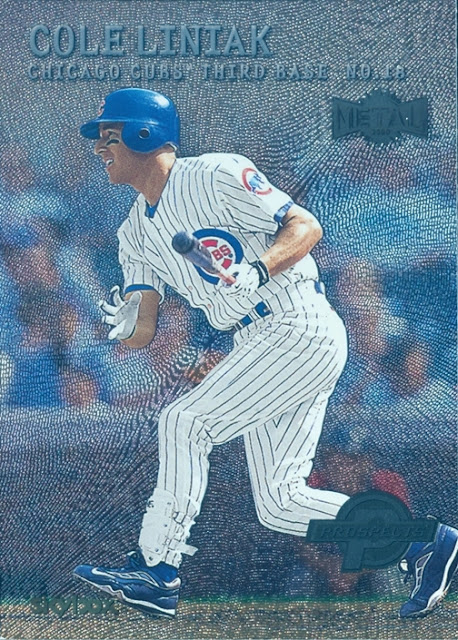 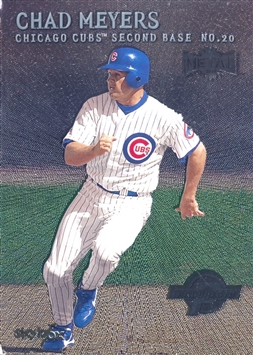 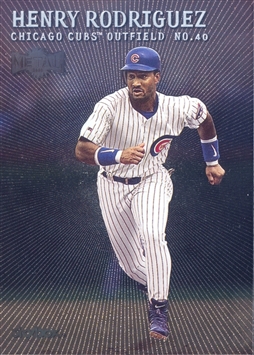 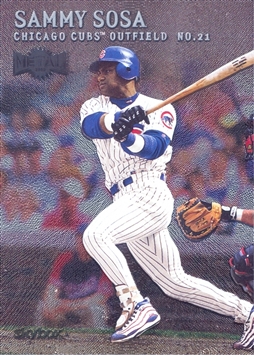