Weird numbers here -- there are only five Cubs cards in the base Update set, but triple that number with the inserts.

I've already shown the retail-only Perennial All-Star cards.  Below are the inserts from Brentandbecca. 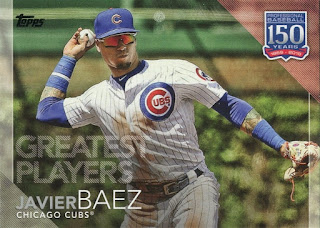 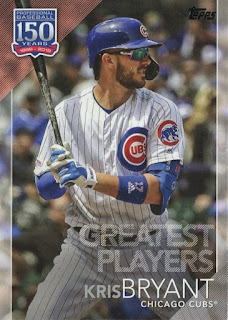 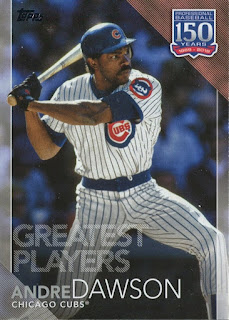 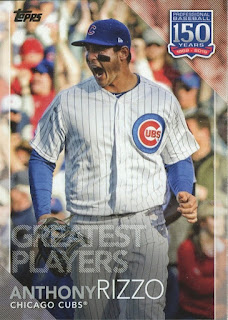 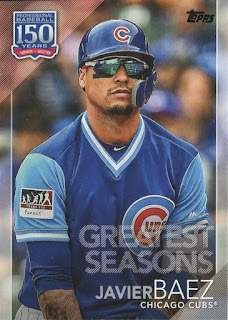 Four more Cubs were among the Greatest Players, while Baez gets added to the greatest seasons. 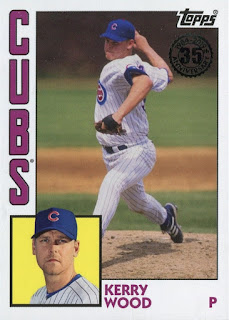 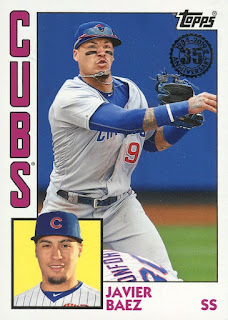 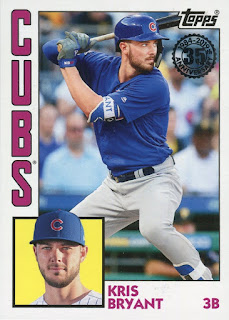 ...Baez and Bryant had the over-sized box toppers.  Topps did make a slight change on the Baez card. 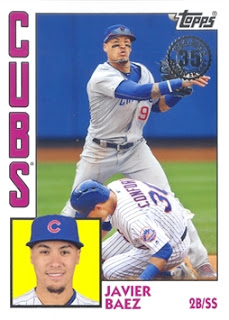 His regular sized insert was in series two and his position was SS/2B.  The box topper has him as SS. 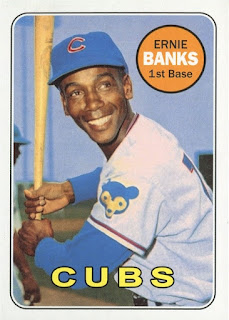 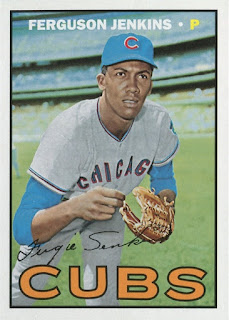 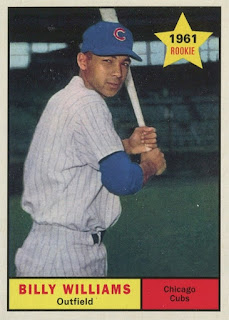 Three of the boys from the '69 team had Iconic Reprint cards.  The Banks card is his second as his 1953 card in Series Two. 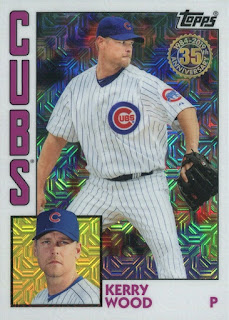 The final card is from the Silver Packs, the refractor version of Kerry Wood's 1984 card.