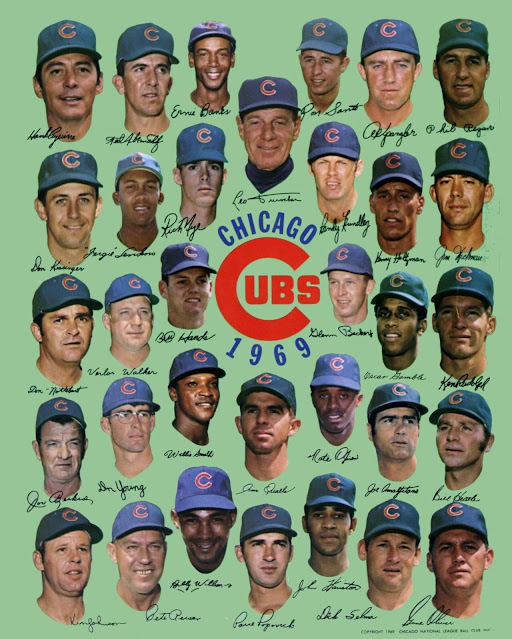 You may be familiar with this team picture of the 1969 Cubs.  It was sold at Wrigley Field and featured floating heads of the players.  Topps used these for the team photo cards in several of the sets in the 1970s.

It would have to be a bit different than the original, though.  I had to squeeze 69 floating head instead of the 33 on the 1969 version.  That means much smaller heads on 2021.  I was able to find headshots of 64 players wearing a Cub hat.  Bonus points if you can name the five players that I had to photoshop into a Cubs hat.

The '69 picture has facsimile autographs but I skipped those on the 2021 model.   I used a script font for a couple of reasons.  First, trying to track down autographs of some of the lesser-knowns would have taken a very long time.  Then I'd have to play with each autograph in Photoshop to get it usable for the picture and that would have also taken a very long time.  Finally, you can read the names of the players on the 1969 photo.  In 2021 that wouldn't be the case as so many players have unreadable signatures.

The Cubs arranged the players in a random order.  I put mine alphabetical order, in columns, so that it would be easier to find a certain player among the 69.

The manager and coaches were included in 1969.  I left them off of my modern version because this was a photo for the 69, not the 69 plus staff.

Enough blabbering... let's get to the picture! 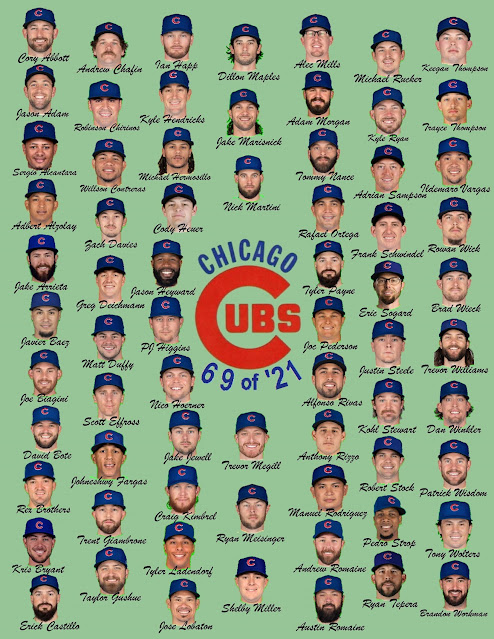