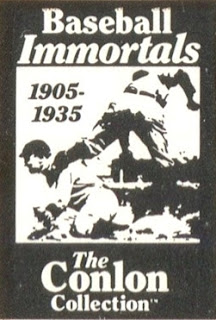 Wild World Sports cranked out the final three Conlon series in 1988.  Each set was just 30 cards instead of the 60 in each of the first two series.  The card design was the same with the exception of a new logo added to the bottom left corner.

There are just four Cubs card among the 90 in series three, four, and five.  Can you name the four? 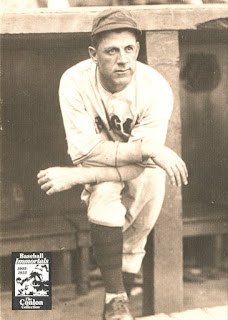 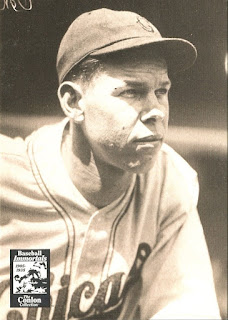 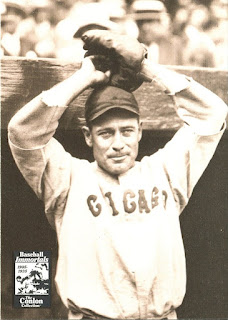 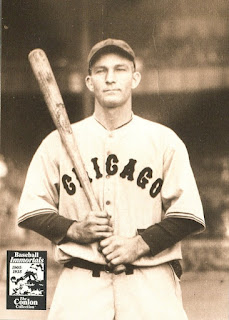 You are correct if you named...
.... Charley Grimm, Babe Herman, Charley Root, and Riggs Stephenson.
Posted by Wrigley Wax at 7:00 AM