Mrs. WW and I took a short bike trip this weekend.  We drove to Clare, Michigan and the hopped on the Pere Marquette Rail Trail to Midland, a ride of 31 miles. 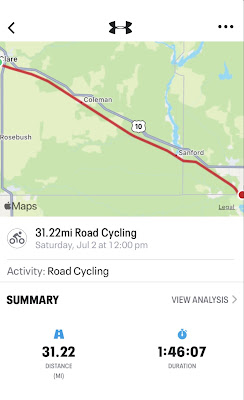 It was the 4th of July weekend, and what could be more American that going to a ball game. 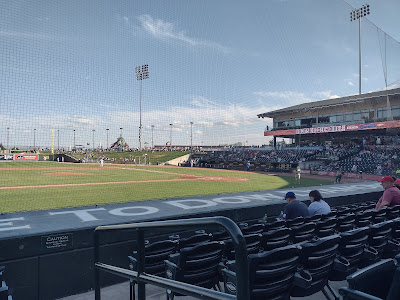 Midland is the home of the Great Lake Loons, the Dodger's high-A affiliate.  We got seats in the fourth row behind the visitor’s dugout at the Dow Diamond.  They set us back 15 bucks each.  You'd pay more than ten times that price for comparable seats at Wrigley.
The Loons won the game 1-0.  It was a well-pitched game that took just two hours and 25 minutes to complete.  It moved along because of the pitching and this…. 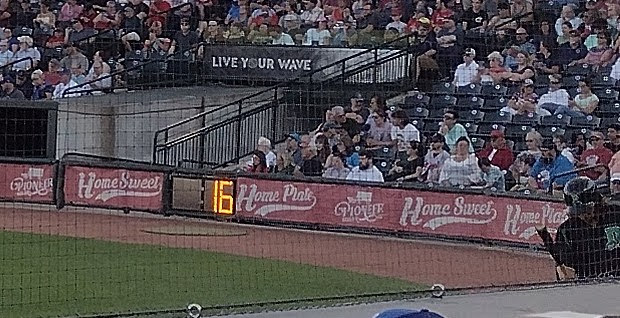 the pitch clock.  This was the first time I was at a game that used it and it was great.  The pitcher had 30 seconds to make his pitch when a new batter came to the plate and 18 seconds per pitch for the rest of the at bat.  The batter didn't step out after each pitch.  The pitcher didn’t walk around the mound, rub the ball, or stare at the catcher.  He just got the ball, got the sign, and pitched. The players seemed to have adapted because there wasn’t a single violation called.  It was awesome!  I sure hope that the clock comes to MLB next season. 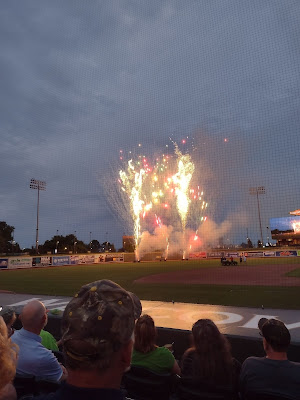 And of course, there were fireworks.  It was a nice end to a nice evening at the ballpark.
Posted by Wrigley Wax at 7:00 AM