Despite the nonsense I went through to get my first etopps card, I decided to go for another.  The difference was that my next card was from 2005 and the seller already had it in hand.  The only etopps cards I'm going to get are for my player collection (Banks, Dawson, Sandberg, Williams, Barney), and as far as I can tell, Ernie Banks and Ryne Sandberg were the only guys with Cub cards.


Ernie was the first on my list.  This card is from the 2005 etopps classic set.  According to the Standard Catalog, the print run for the Banks card was 1,657.  Seems like an odd number, but that's what it says. 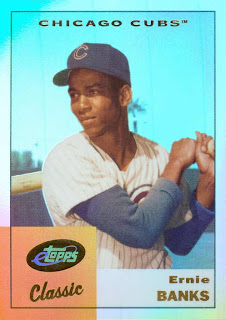 As with most modern Banks cards, the picture on the front has been used more than a few times on other cards. 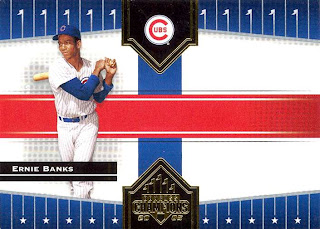 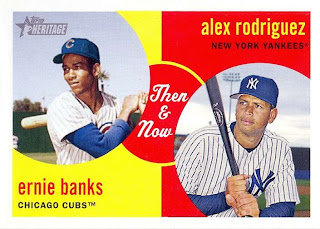 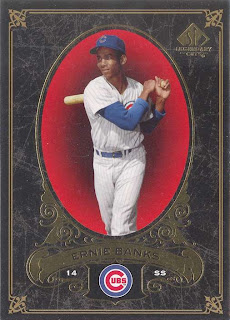 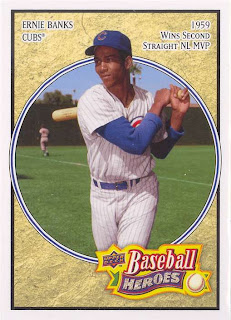 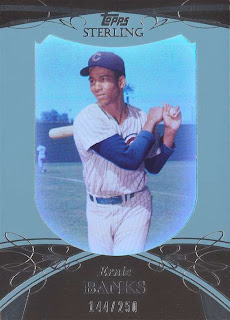 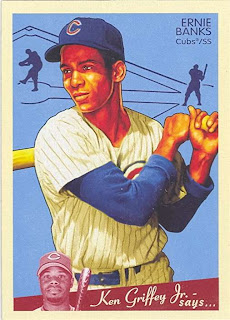 It's interesting that the picture was used by both Topps and Upper Deck.


Since getting this card was pain-free, I'm waiting for the 2005 Sandberg to show up at a decent price.  Stay tuned.
Posted by Wrigley Wax at 9:00 AM